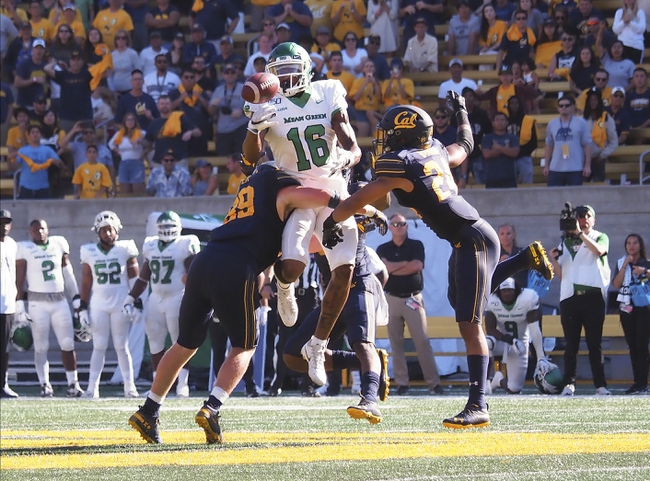 The UTSA Roadrunners and the North Texas Mean Green will meet up on the college football circuit Saturday.

UTSA enters this one at 1-2 on the year. The Roadrunners opened up with a win over Incarnate Word in Week 1 but fell to Baylor 63-14 and Army 31-13 in their most recent two games.

In the loss to the Knights, UTSA QB Frank Harris put up 187 yards and a pick, and Sincere McCormick led the rush on 27 yards and one TD. Carlos Strickland was the high man in the receiving game there with 38 yards.

Over on the North Texas side, they’re 1-2 as well and opened up with a win over ACU. The next two games were losses for the Green however, dropping to SMU and California.

In the loss to Cal, North Texas QB Mason Fine had 210 yards, two touchdowns and a pick, while Tre Siggers had 88 yards rushing. Jaelon Darton led the Mean Green receivers with two grabs for 75 yards and a TD.

The Roadrunners are going to need to face some competition that’s closer to their skill level before we know quite what to make of them this season, and that probably won’t come here. The Green are heavy favorites, and the line looks about right. Still, if UTSA can set an early pace they could eke in there. I’m going Roadrunners.