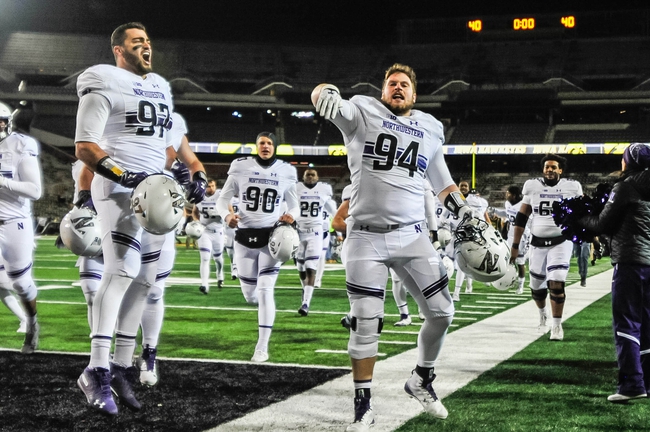 The 20th ranked Iowa Hawkeyes hit the road for a Big Ten clash with the Northwestern Wildcats. Iowa enters this game 5-2 on the season and 2-2 in conference play. The Hawkeyes last time out defeated Purdue 26-20. The Wildcats enter this matchup with a 1-5 record and winless in conference play.  The Wildcats will have some extra rest this week as they played this past Friday night.  The Hawkeyes got blown out by the 4th ranked Buckeyes, by a score of 52-3.

Northwestern used quarterback Aidan Smith this past week, where he went 6/20 for 42 yds.  On the season he is 37/83 for 315 yds, while throwing 1 TD to to 5 INT's. Running back Drake Anderson has 405 yds rushing and 3 TD's. JJ Jefferson has both receiving touchdowns for the offense thus far. Defensive back Travis Whillock leads the team in tackles with 47.

Iowa is 1-3 ATS in conference games this season.

Northwestern is is 5-3-1 ATS since 2018 against ranked opponents.

Northwestern is 0-3 ATS this season as the home team.

The under is 4-2 in Northwestern games this season.

While I know Iowa is not Ohio State, Northwestern was never in the game against Ohio State. Up to this point, Iowa has beaten the teams they should beat(Miami-OH, Rutgers, MTSU) pretty easily. Northwestern on the other hand besides this Ohio State game, have played respectable to other teams.  I think this could be a trap game for Iowa, as they could look right past the Wildcats after seeing what Ohio State did.  I think Iowa should win, but I think it takes Iowa a bit to get the offense going.  Take the under in this game, the trends would say the same. Final score prediction, Iowa wins and the score goes under 24-13.