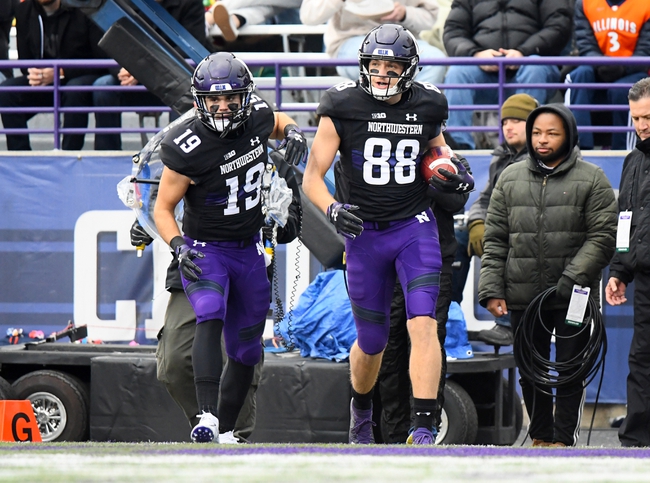 The UNLV Rebels look to get a game above a .500 record with their first road victory. The UNLV Rebels have lost five of their last six road games. Armani Rogers is completing 47.5 percent of his passes for 186 yards, one touchdown and one interception. Rogers has one or less touchdown passes in five of his last six games. Randal Grimes and Steve Jenkins have combined for 159 receiving yards and one touchdown while Mekhi Stevenson has four receptions. The UNLV Rebels ground game is averaging 259.5 yards per contest, and Charles Williams leads the way with 311 yards and four touchdowns. Defensively, UNLV is allowing 33 points and 419.5 yards per game. Evan Austrie leads the UNLV Rebels with 16 tackles, Bryce Jackson has two sacks and Jericho Flowers has three pass deflections.

The Northwestern Wildcats have failed to cover 11 of their last 16 games as a double-digit favorite. The UNLV Rebels did not look good against Arkansas State last week and had serious trouble slowing down the running game. That's good news when going up against a big and physical Northwestern side that's also had an extra week to prepare for this contest. It's the home opener for Northwestern, a team that should be motivated for a bounce back game after an embracing effort against Stanford. I'll eat the chalk with the Northwestern Wildcats, as UNLV doesn't have the physicality to slowdown Northwestern.