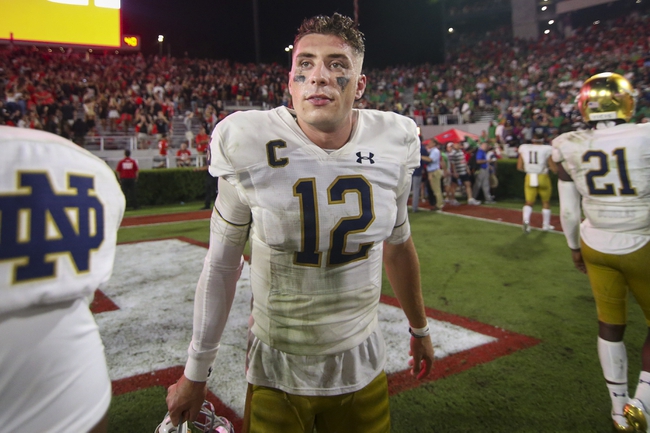 The Virginia Cavaliers and the Notre Dame Fighting Irish will match up on the college football gridiron Saturday.

In the win over the Monarchs, Virginia QB Bryce Perkins had 175 yards and a TD, while also rushing for 35 yards and another score. Joe Reed was the top Cavs receiver on 40 yards and a score from four catches.

In the Georgia loss, ND quarterback Ian Book had 275 yards with two touchdowns and two picks, and most of the receiving work came from Cole Kmet on 108 yards and a TD off nine grabs.

Virginia fought back from an early deficit against ODU, scoring 14 points in the fourth quarter to ice what was a testy game for the most part. That makes two relative nail-biters in a row.

As for Notre Dame, they really need to get back on track here after a tough one against Georgia. I’m not crazy about it, but I feel like the Irish are the safer pick here.