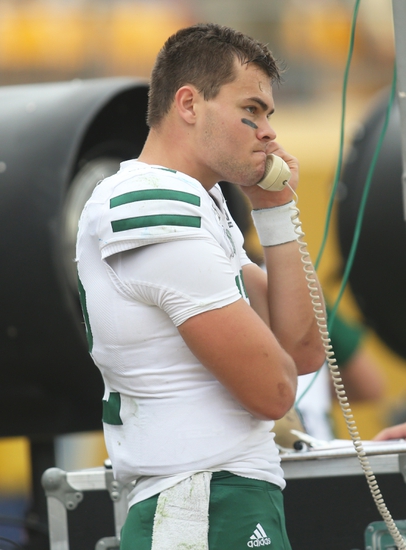 The Northern Illinois Huskies travel to Peden Stadium in Athens, Ohio to take on the Ohio Bobcats in Mid-American Conference action.

Aside from Toledo, which at least at this point seems to be the class of the MAC, and lowly Akron, still looking for its first win, the rest of the conference seems to show a lot of parity. It’s tough to say if Central, Western, or Eastern Michigan would win against each other, and the same holds true for Northern Illinois and Ohio. These are two teams that aren’t great and seem to be fairly similar to one another.

Neither team has started the season strong. Northern Illinois opened with a win over FCS Illinois State and has followed with three straight not-very-close losses before a one-touchdown loss to Ball State in the MAC opener last week. But the MAC opener was respectable with the score tied 17-17 heading into the fourth quarter before the Cardinals pulled away. That game, however, was in DeKalb, which will be a completely different atmosphere from Athens on Saturday.

Ohio hasn’t faired too much better, but it has shown signs of being respectable this season. The Bobcats opened with a three-touchdown win over Rhode Island before taking three consecutive non-conference losses. But the losses were somewhat respectable -- a 10-point loss to Pitt, a two-point defeat at Marshall, and a 20-point pounding at the hands of Louisiana. But Ohio followed up with a road overtime win in the conference opener against Buffalo.

Both teams haven’t covered the spread in half of their games this year with Ohio covering just once this season. There is one thing that these two teams have both done well, and that is to not hit the total. Both offenses struggle with Ohio ranking 85th in FBS with 26.8 points per game and Northern Illinois rankings just 124th with 16.8 points per game. In addition, the total has gone under in four of Northern Illinois’ last five games as well as going under in four of Ohio’s last six games. Take the under here and enjoy watching both offenses struggle to put points on the board.