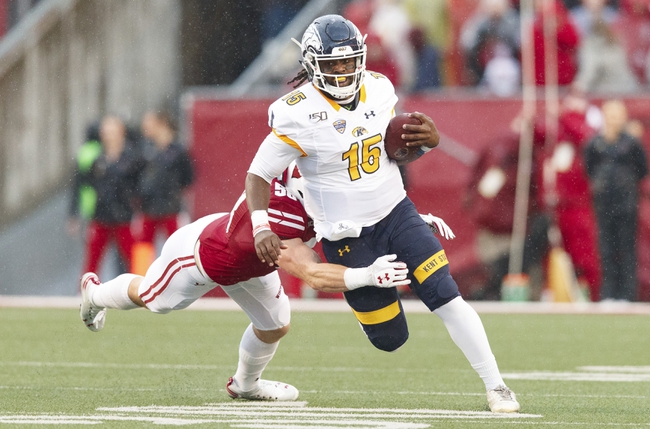 The Kent State Golden Flashes visit Peden Stadium in Athens, Ohio on Saturday to play the Ohio Bobcats. The Golden Flashes improved to 3-3 on the season following a 26-3 victory over Akron. Kent State quarterback Dustin Crum threw one touchdown pass, while Matthew Trickett booted four field goals as the Golden Flashes shut down the Zips offense and won easily.

Dustin Crum leads Kent State in passing with 874 yards and six touchdowns. Jo-El Shaw is the leading running back with 298 yards and two touchdowns. Isaiah McKoy leads all receivers with 381 yards and four touchdowns. Qwuantrezz Knight leads the Golden Flashes in tackles with 40.

Ohio fell to 2-4 on the season following its 39-36 loss to Northern Illinois on Saturday when NIU kicked a field goal as time ran out. Ohio’s Nathan Rourke passed for 258 yards and a pair of touchdowns. Ohio led at the half 21-10 but were outscored 29-15 in the second half. Ohio fell to 1-1 in Mid-American Conference play.