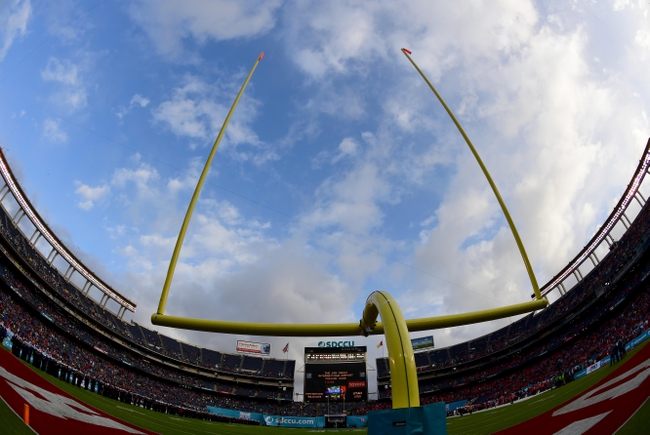 The Rhode Island Rams and the Ohio Bobcats will match up on the college football gridiron Saturday.

The Rams managed a winning record in 2018, going 6-5 overall and an even 4-4 in CAA play. In a tough conference however, that was only good enough for seventh place. Still, Rhode Island improved over the 2017 campaign, where they went 3-8.

This year, Rams head coach Jim Fleming will helm the team in his sixth season, along with DC Pete Rekstis (sixth season) and offensive coordinator Will Fleming (third season).

Over on the Ohio side, they had a solid campaign in 2018, going 9-4 overall with a 6-2 mark in MAC play. That left the Bobcats in a tie for second place in the East Division behind Buffalo.

Ohio would go on to play in the Frisco Bowl against San Diego State, where they rolled to a dominant 27-0 victory and ended the year on a high note.

Rhode Island once again has the tough task of making waves in a tight conference and in all likelihood will be looking up at James Madison, Towson, Maine and at least a couple of other teams most of the year.

As for Ohio, this could be their season to unseat Buffalo atop the East Division and pave the way to a conference championship, though they’ll have to contend with Buffalo and a pesky Miami squad.

All things considered however, this is a prime opportunity for the Bobcats to kick things off with a big win.