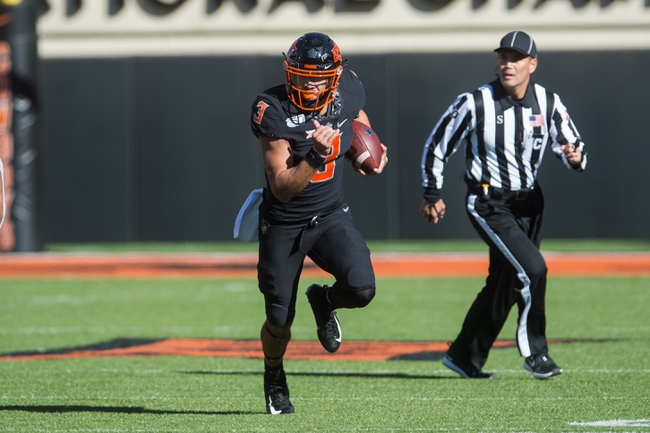 The Kansas Jayhawks are set to visit Boone Pickens Stadium in Stillwater, Oklahoma for a Big 12 clash against the Oklahoma State Cowboys. The Kansas Jayhawks come into this matchup with a 3-6 record, and they will be looking to rebound after dropping their recent home game against the Kansas State Wildcats, 38-10. Junior QB Carter Stanley struggled to get much offense generated through the air for Kansas as he connected on 13 of his 23 pass attempts for 115 yards and 2 interceptions. Junior WR Stephon Robinson Jr. was the top target for Stanley and the Jayhawks as he hauled in 4 catches for 62 yards.

The Kansas Jayhawks struggled on the defensive side of the ball against the Kansas State Wildcats as they allowed them to score 38 points and rack up a total of 471 yards of offense. Sophomore safety Davon Ferguson led the way for the Kansas defense with 8 tackles. Senior safety Bryce Torneden had a productive game from the secondary for the Jayhawks as he racked up 8 tackles, 1 TFL, and 1 pass deflection.

The Oklahoma State Cowboys come into this matchup with a 6-3 record, and they will be looking to continue their success after winning their recent home game against the TCU Horned Frogs, 34-27. Freshman QB Spencer Sanders had an efficient game through the air for the Cowboys as he threw for 158 yards, 2 TDs, and 1 interception while also adding 88 rushing yards. Sophomore RB Chubba Hubbard had a big game on the ground for Oklahoma State as he ran for 223 yards and 2 TDs.

The Oklahoma State Cowboys struggled on the defensive side of the ball against the TCU Horned Frogs as they allowed them to score 27 points and rack up a total of 450 yards of offense. Junior safety Malcolm Rodriguez led the way for the Oklahoma State defense with 8 tackles, 1 TFL, and 1 sack. The secondary had a productive game for the Cowboys as sophomore safety Kolby Harvell-Peel hauled in 2 interceptions while sophomore safety Jarrick Bernard contributed 1 interception.

The Kansas Jayhawks have been improved under Les Miles as they have been close in most of their Big 12 games, and I expect them to keep their game against Oklahoma State close as the Cowboys are without their top WR. The Jayhawks have a solid offense with QB Carter Stanley and RB Pooka Williams which should help move the chains against an Oklahoma State defense that is allowing an average of 438.2 yards per game. Kansas will have little success stopping the 17th ranked scoring offense in college football, but similar to the Texas game, they will look to make this game a shootout. This number is too big to pass up for a Les Miles coached team.