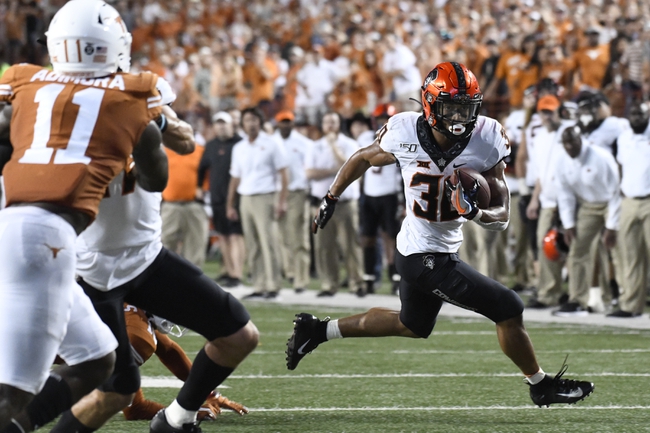 The Kansas State Wildcats and the Oklahoma State Cowboys will match up on the college football circuit Friday.

In the win over MS State, Wildcats QB Skylar Thompson put up 123 yards and a TD, and James Gilbert had 59 yards. Dalton Schoen had 50 yards and a TD as well in that game.

Over on the Oklahoma State side, they’re 3-1 this year. The Cowboys took out Oregon State, McNeese State and Tulsa to open things up but then lost a tough one to Texas last weekend.

In the loss, Cowboys QB Spencer Sanders had 268 yards and two picks, while Chuba Hubberd helped him combine for 230 rushing yards and three touchdowns.

It’s been a pretty interesting and impressive run for the Wildcats so far. Even for a relatively close game against MS State, the Wildcats still looked solid as they have all year.

That said, Oklahoma State can score almost at will, and they gave Texas quite a game. Although I can see the Cowboys winning here, I still like K State to cover.