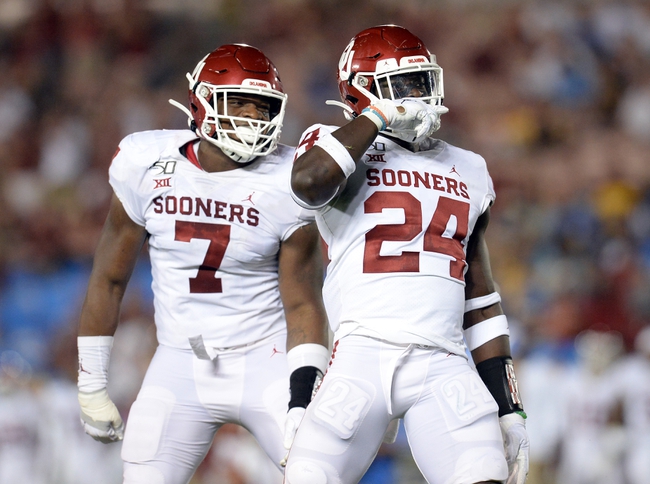 The Texas Tech Red Raiders and the Oklahoma Sooners will meet up on the college football field Saturday.

Texas Tech enters here at 2-1 overall. The Raiders took out Montana State and UTEP in their first two games, then fell to Arizona in Week 3.

In the loss, Texas Tech QB Alan Bowman had 307 yards, a TD and a pick, and Armand Shyne had 68 yards rushing. Tops in receiving for the Raiders was TJ Vasher with 96 yards on six catches.

In the UCLA win, Oklahoma QB Jalen Hurts put up 289 yards and three scores, and also rushed for 150 yards and another TD. Charleston Rambo was the top receiver there with 116 yards and two scores off five catches.

Texas Tech made some ugly stumbles in the Arizona game, but they had a nice roll going offensively coming into that loss.

Thing is, Oklahoma’s offense is going to let loose here. The spread seems about right for this game, so I’m probably going to stay away. I’m leaning toward Oklahoma on the cover, however.