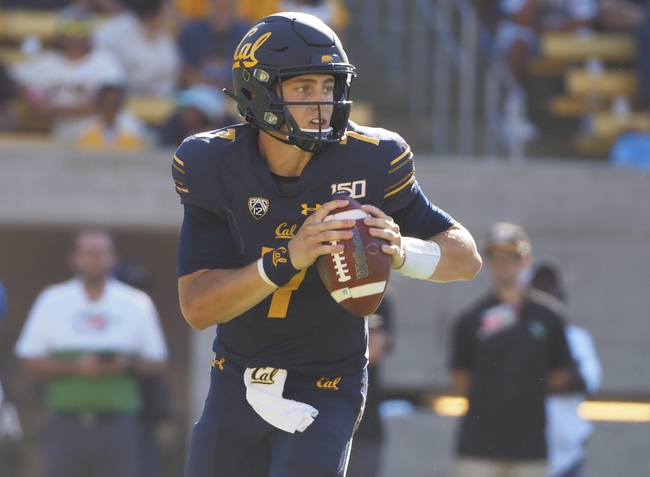 Saturday, September 21, 2019 at 11:00 AM (Vaught-Hemingway Stadium at Hollingsworth Field)

The Cal Golden Bears and the Ole Miss Rebels meet in a week 4 college football matchup from Vaught-Hemingway Stadium at Hollingsworth Field on Saturday afternoon.

The Cal Golden Bears will look to build on their solid 3-0 start after a 23-17 win over North Texas in their last outing. Chase Garbers has thrown for 478 yards, 3 touchdowns and an interception on 52.9% passing while Christopher Brown Jr has rushed for 324 yards and 2 touchdowns and Marcel Dancy has 132 rushing yards and a pair of touchdowns of his own. Kekoa Crawford leads Cal’s receiving corps with 7 grabs for 146 yards and 2 touchdowns this season. Defensively, Evan Weaver leads Cal with 40 tackles, including 29 solo tackles while Kuony Deng has 27 tackles and Luc Bequette has 2.5 sacks this season. As a team, Cal is averaging 350.7 yards of total offense and 23.3 points per game this season.

The Ole Miss Rebels will look to build on back-to-back wins after a 40-29 win over Southeastern Louisiana State in their last outing. Matt Corral has thrown for 578 yards, 4 touchdowns and an interception on 63% passing while Scottie Phillips has rushed for a team-high 308 yards and 4 touchdowns this season. Jerrion Ealy has 104 rushing yards while Elijah Moore leads Ole Miss’ receiving group with 18 catches for 278 yards and 3 touchdowns this season. Defensively, Jalen Julius and Jacquez Jones each have a team-high 16 tackles this season while Ryder Anderson has a pair of sacks. As a team, Ole Miss is averaging 371.7 yards of total offense and 27 points per game this season.

I’ve gone back and forth on this game, as Cal is unbeaten but have played some close calls in there, while Ole Miss has been decent at home but didn’t look good in the win against Southeastern Louisiana State as a 32.5-point favorite. The difference for me is that Cal has proven themselves against some tough competition like Washington State and North Texas. I’ll take the points with Cal as I see the Golden Bears remaining unbeaten on the year.