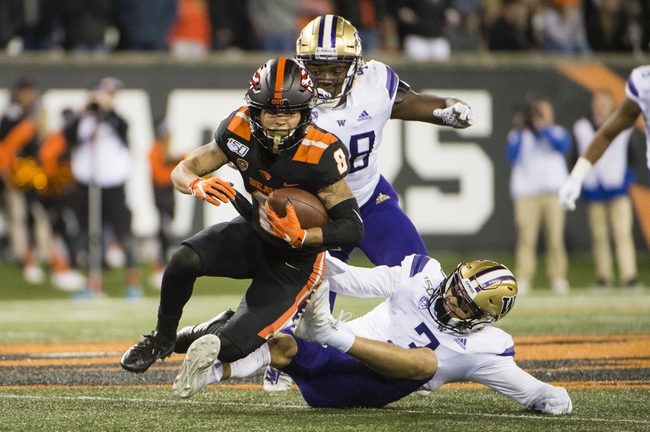 The Arizona State Sun Devils are set to visit Reser Stadium in Corvallis, Oregon for a Pac-12 clash against the Oregon State Beavers. The Arizona State Sun Devils come into this matchup with a 5-4 record, and they will be looking to rebound after dropping their recent home game against the USC Trojans, 31-26. Freshman QB Joey Yellen had a productive game through the air for Arizona State as he connected on 28 of his 44 pass attempts for 292 yards, 4 TDs, and 2 interceptions. Junior WR Frank Darby was the top target for Yellen and the Sun Devils as he hauled in 3 catches for 86 yards and 2 TDs.

The Arizona State Sun Devils struggled on the defensive side of the ball against the USC Trojans as they allowed them to score 31 points and rack up a total of 547 yards of offense. Senior DB Kobe Williams led the way for the Arizona State defense with 8 tackles and 1 pass deflection. Senior DL George Lea was able to get into the USC backfield a handful of times as he contributed 1.5 TFL. Junior DB Evan Fields hauled in the lone interception of the game for the Sun Devils.

The Oregon State Beavers come into this matchup with a 4-5 record, and they will be looking to rebound after dropping their recent home game against the Washington Huskies, 19-7. Senior QB Jake Luton struggled to get much offense generated through the air for the Beavers as he connected on 19 of his 28 pass attempts for 88 yards and 1 interception. The ground attack was unable to get much going for Oregon State as Jermar Jefferson ran for 39 yards while Artavis Pierce pitched in 31 yards.

The Oregon State Beavers struggled on the defensive side of the ball against the Washington Huskies as they allowed them to score 19 points and rack up a total of 420 yards of offense. Freshman LB Omar Speights led the way for the Oregon State defense with 18 tackles and 1.5 TFL. The secondary had a productive game for the Beavers as sophomore DB Jaydon Grant contributed a 36-yard interception return for a TD while sophomore Nahshon Wright pitched in an interception.

The Oregon State Beavers are coming off a terrible offensive output against the Washington Huskies as they were held scoreless, but Oregon State should be able to get back on track here as Jake Luton has thrown 19 TDs to 2 interceptions this season. Arizona State struggled to stop the USC passing game in their latest game as they allowed a freshman QB thrown for 432 yards and 4 TDs, but Oregon State poses a different problem as they have a pair of running back who could combine for 2000 yards this season. Oregon State was able to force some turnovers against a good QB in their last game, and Arizona State has a freshman under center, so they will need to resemble that success to help win this game at home.