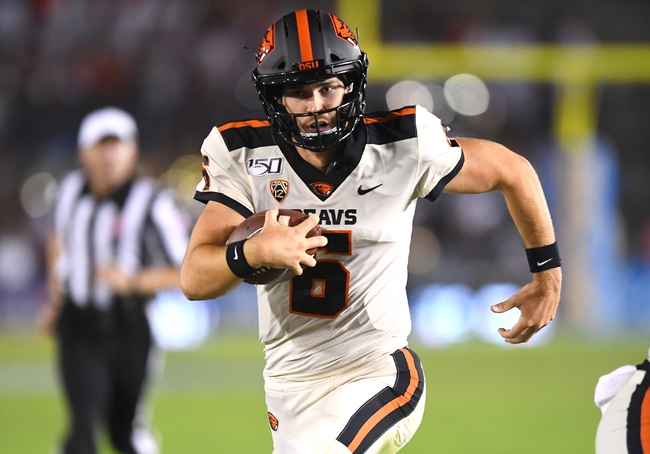 The Utah Utes are set to visit Reser Stadium in Corvallis, Oregon for a Pac-12 clash against the Oregon State Beavers. The Utah Utes come into this matchup with a 4-1 record, and they will be looking to continue their success after winning their recent home game against the Washington State Cougars, 38-13. QB Tyler Huntley had a big game for the Utah Utes as he connected on 21 of his 30 pass attempts for 334 yards and 2 TD while also adding in 2 rushing TDs. Sophomore WR Bryan Thompson was the top target for Huntley and the Utes as he hauled in 4 catches for 111 yards.

The Oregon State Beavers come into this matchup with a 2-3 record, and they will be looking to continue their success after winning their recent road game against the UCLA Bruins, 48-31. QB Jake Luton had a big game for the Oregon State Beavers as he connected on 18 of his 26 pass attempts for 285 yards and 5 TDs. Junior WR Isaiah Hodgins was the top target for Luton and the Beavers as he hauled in 10 catches for 123 yards and 3 TDs.

The Oregon State Beavers struggled on the defensive side of the ball against the UCLA Bruins as they allowed them to score 31 points and rack up a total of 492 yards of offense. Senior LB Shemar Smith led the way for the Oregon State defense as he racked up 12 tackles, 1 sack, and a forced fumble. The Beavers were able to get into the UCLA backfield a handful of times as Avery Roberts and Hamilcar Rashed Jr. combined for 5 TFL and 2 sacks.

The Utah Utes got back to the basics in their recent game against the Washington State Cougars as they held one of the best offenses in college football to only 13 points while forcing turnovers. The Oregon State Beavers will come into this game feeling confident after blowing out the UCLA Bruins, but they have struggled on the defensive side of the ball. The Utes have a very good QB under center in Tyler Huntley as he has shown the ability to air it out as well as run the ball. The Utes are very well-coached and they are coming off a bye week which gives them a major advantage on the road.