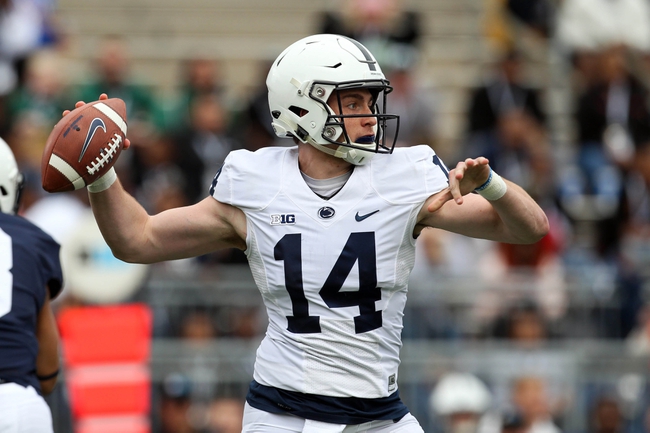 The Idaho Vandals are coming off a four-win season and were absolutely beatdown anytime they stepped up in competition. The Idaho Vandals have lost 10 of their last 12 road games. Mason Petrino returns at quarterback after 1,933 passing yards and 15 touchdowns, but he’ll be without his leading receiver and rusher from a season ago. Cutrell Haywood had six touchdowns on 51 receptions and Jeff Cotton averaged 13.4 yards per catch on 49 receptions. Defensively, linebacker Christian Elliss returns after leading Idaho with 81 tackles and Charles Akanno had four sacks and five pass deflections. The Idaho Vandals return just one of their top-five tacklers from last season.

The Penn State Nittany Lions have won a combined 31 games the last three years and have to start thinking bigger in terms of competing for a Big Ten title. The Penn State Nittany Lions have won 12 of their last 14 home games. Penn State returns six starters from an offense that averaged 33.8 points and 423 yards per game. PSU has to hope that Sean Clifford can become a consistent quarterback and the loss of Miles Sanders at running back hurts. However, KJ Hamler and Pat Freiermuth combined for 1,122 receiving yards and 13 touchdowns last season and provide this offense with a security blanket. Penn State returns six starters from a defense that allowed 20.5 points and 350.5 yards per game. Penn State returns its top-three tacklers from last year, including breakout freshman linebacker Micah Parsons and safety Garrett Taylor, who had three interceptions and seven pass deflections. PSU may need to rely heavily on defense until the offense can figure things out with so many new faces at key positions.

The Idaho Vandals weren't good last season and now have a lot of roster turnover, which can't make things much better. The Penn State Nittany Lions have some holes to fill themselves, but there's enough pieces in place to be effective out the gate and PSU has been wonderful at home these last couple of years. Assuming Idaho isn't going to improve much with the lack of returning production, this has the potential to be your classic opening week blowout that has you changing the channel before halftime.