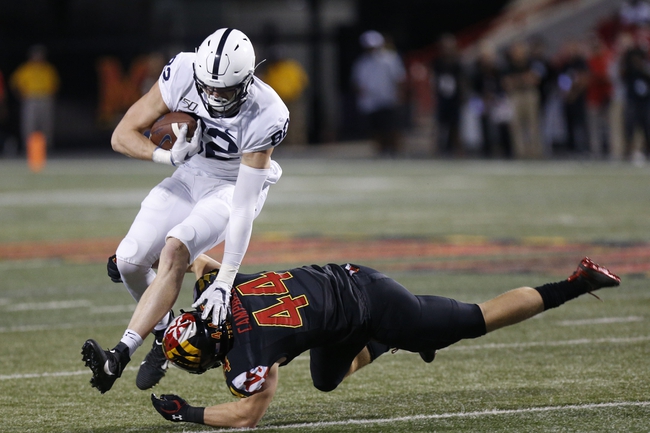 The Purdue Boilermakers are set to visit Beaver Stadium in University Park, Pennsylvania for a Big Ten clash against the Penn State Nittany Lions. The Purdue Boilermakers come into this matchup with a 1-3 record, and they will be looking to rebound after dropping their recent home game against the Minnesota Golden Gophers, 38-31. QB Jack Plummer struggled to find a rhythm against the Golden Gophers as he connected on 23 of his 41 pass attempts for 245 yards, 2 TDs, and 2 interceptions. Freshman RB King Doerue had a big game on the ground for the Boilermakers as he ran for 94 yards and 2 TDs on 20 carries.

The Purdue Boilermakers struggled on the defensive side of the ball against the Minnesota Golden Gophers as they allowed them to score 38 points and rack up a total of 488 yards of offense. Senior LB Ben Holt led the way for the Purdue Boilermakers with 9 tackles, 1.5 TFL, and 1 sack. Freshman DE George Karlaftis was able to get into the Minnesota backfield a handful of times as he racked up 5 tackles and 1.5 sacks.

The Penn State Nittany Lions come into this matchup with a 4-0 record, and they will be looking to continue their success after winning their recent home game against the Maryland Terrapins, 59-0. QB Sean Clifford had a big game through the air for the Nittany Lions as he connected on 26 of his 31 pass attempts for 398 yards, 3 TDs, and an interception. Sophomore WR KJ Hamler was the top target for Clifford and the Nittany Lions as he hauled in 6 catches for 108 yards and a TD.

The Penn State Nittany Lions were very good on the defensive side of the ball against the Maryland Terrapins as they held them scoreless and to a total of 128 yards of offense. Sophomore LB Ellis Brooks had a big game for the Penn State defense as he racked up 6 tackles and 2.5 sacks. The secondary had a solid game for the Nittany Lions as Tariq Castro-Fields hauled in an interception while contributing 2 pass deflections.

The Penn State Nittany Lions have dominated the number at home against the Purdue Boilermakers as of recent as they have covered the spread in 5 of their last 7 meetings. The Penn State Nittany Lions are coming off one of the most impressive wins in college football this season as they blew out a solid Maryland team on the road. QB Sean Clifford has stepped into the starting QB role for Penn State and has excelled as he has shown poise in the pocket as well as the ability to run. The biggest mismatch in this matchup is the fact that Purdue will be without their starting QB and top WR as they are dealing with injuries. The Nittany Lions have had one of the best defenses in college football this season and they will look to amp up their pass rush against Plummer and the Boilermakers.