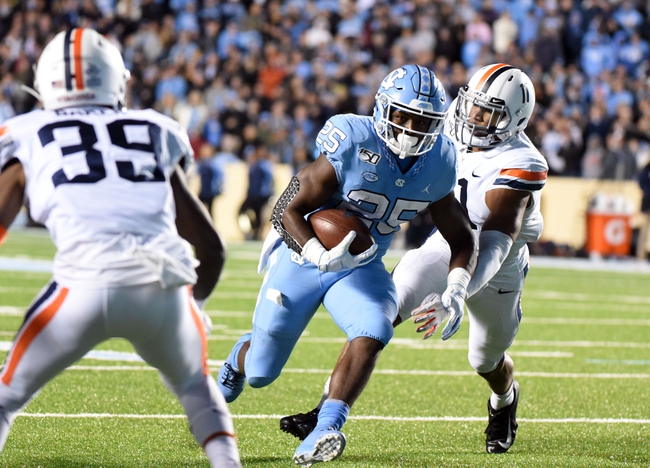 Pittsburgh’s hopes of reaching the Atlantic Coast Conference title game still exist and the road to the championship goes through Heinz Field this week as the Panthers (6-3, 3-2 ACC) host the North Carolina Tar Heels (4-5, 3-3 ACC) in ACC Coastal Division action. Pitt lost to Coastal leaders Virginia to open the season and both sit on two conference losses, but a Virginia loss to Virginia Tech to end the season and Panther wins over North Carolina, Virginia Tech, and Boston College would place Pitt in the ACC title game against Clemson.

Those are three big games for Pittsburgh, but the Panthers will need to get by the Tar Heels first. North Carolina has shown that it can hang with the best in its 21-20 loss to defending national champions Clemson, as well as a one-touchdown loss in its last game to Coastal leaders Virginia. Mack Brown’s return to North Carolina has seen immediate results in the Tar Heels’ competitiveness, and that has shown as only one of North Carolina’s nine games this season has been decided by more than a touchdown. The Tar Heels knocked off Georgia Tech 38-22 in early October, but all other games have been seven points or less, with six of those eight games being decided by four points or less.

That plays right into North Carolina’s hands with the line sitting at 4.5 points. The Tar Heels’ passing attack will be the way that Brown’s team will look to keep another game close as North Carolina ranks 32nd in FBS in passing offense at 277.4 passing yards per game. Freshman Sam Howell has adjusted to the college game in a hurry, ranking No. 17 in FBS with 274.7 passing yards per game with 26 touchdowns and just five interceptions. His 26 touchdowns rank sixth in FBS. Sophomore Dyami Brown and Junior Dazz Newsome have split the receptions with Brown pulling in 32 receptions for 679 yards and eight touchdowns and Newsome grabbing 46 passes for 47 yards and six touchdowns.

North Carolina also splits the rushing attack between two players with sophomore Javonte Williams and junior Michael Carter rankings fifth and eighth in the ACC in rushing respectively. Williams has rushed for 738 yards (5.6 yards per carry) and three touchdowns while Carter has carried 123 times for 629 yards for a 5.1 yards per carry average.

Pitt has also played in a long stretch of close games. After the 30-14 loss to Virginia to open the season, the Panthers have run off eight straight games decided by 10 points or less, with six of those eight finishing with a score differential of a touchdown or less. Among those games were a 17-10 loss to Penn State, and a 35-34 victory over Central Florida to end UCF’s 27-game regular-season win streak. Pitt’s three losses were the losses to Virginia and Penn State along with a four-point loss to Miami two weeks ago.

Junior Kenny Pickett leads Pitt’s offensive attack at quarterback, ranking third in the ACC in passing yards per game at 244.0 behind Howell and Wake Forest’s Jamie Newman. Senior Maurice Ffrench is Pickett’s favorite target as the pair have connected 75 times for 606 yards and three touchdowns, while junior Taysir Mack has added 53 catches for 610 yards and two scores. Junior A.J. Davis leads the Panthers on the ground with 407 yards and three touchdowns.

At 4.5 points, it just makes sense to pick North Carolina. This team has only played three road games this season and the Tar Heels have one win, one six-overtime loss by two points, and a six-point loss to Wake Forest. Pitt has had five home games this year, losing two, winning one against Ohio by 10, and taking one- and three-point wins in the other two. In short, both teams play very close games. The Tar Heels are the play here.