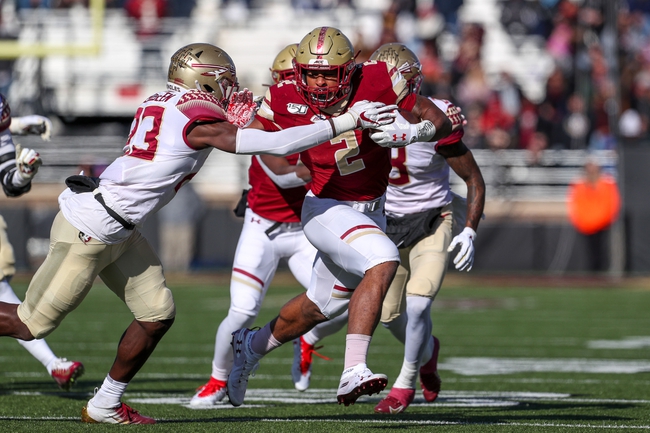 The Boston College Eagles visit Heinz Field in Pittsburgh, Pennsylvania on Saturday to play the Pittsburgh Panthers. Boston College fell to 5-6 on the season following its 40-7 loss to Notre Dame. The Eagles running game was nearly non-existent as AJ Dillon was held to just 56 yards and the Eagles rushed for just 128 yards on 41 carries. BC gave up 17 third quarter points after trailing 17-6 at the half.

Pittsburgh fell to 7-4 on the season following its 28-0 loss to Virginia Tech on Saturday. The Panthers managed just 177 total yards of offense which is their season low. Kenny Pickett threw for 103 yards completing just 10 of his 26 passes. Penalties hurt the Panthers and no sustained drives meant the Panthers entered Hokies territory just three times in 13 possessions.

The OVER has cashed in 5 of the Eagles last 6

Boston College needs a victory to become bowl eligible while Pitt already is with 7 wins. The Eagles will use their running game with AJ Dillon early and often which should open passing lanes down field for Boston College receivers. The Eagles have covered the number in 16 of their last 22 played in the ACC. Final Score Prediction, Boston College Eagles win and cover ATS 30-27