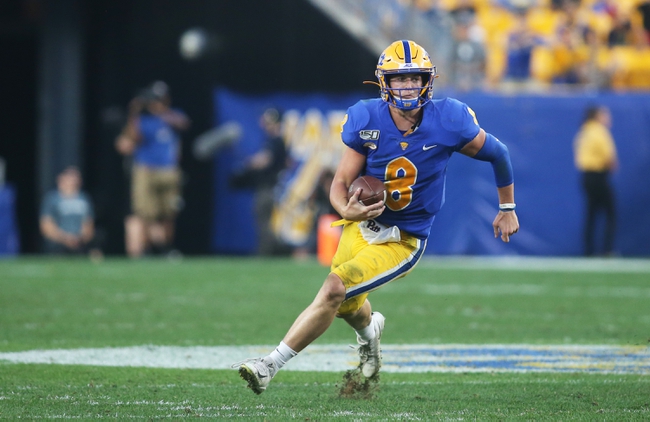 The Delaware Fightin’ Blue Hens and the Pittsburgh Panthers will meet up on the college football gridiron Saturday.

Delaware enters this game at 3-1 so far. The Hens fell to ND State in their third game but otherwise have taken care of Delaware State, Rhode Island and Penn.

In the win over Penn, Delaware QB Nolan Henderson lodged 260 yards with three scores, and Andre Robinson added 61 yards rushing. Thyrick Pitts was the top receiver there with 128 yards and a score.

Over on the Pittsburgh side, they’re 2-2 this season. The Panthers fell to Penn State and Virginia, but also took out Ohio and UCF so far.

In the UCF win, Pitt QB Kenny Pickett logged 224 yards and a TD, and AJ Davis had 65 yards and a score rushing. Taylor Mack added 87 yards on six grabs for the Panthers there.

Pittsburgh is 4-0 ATS versus a team with a winning record and 7-1 ATS in their last eight after an ATS win.

The win over Penn was a pretty tight one, but consistent scoring and a few positive breaks led to a 28-27 win for the Hens. Aside from the ND State game, Delaware has done a pretty solid job offensively. Realistically I don’t think Pitt has the firepower to dominate here, so I’m going Delaware on the cover.