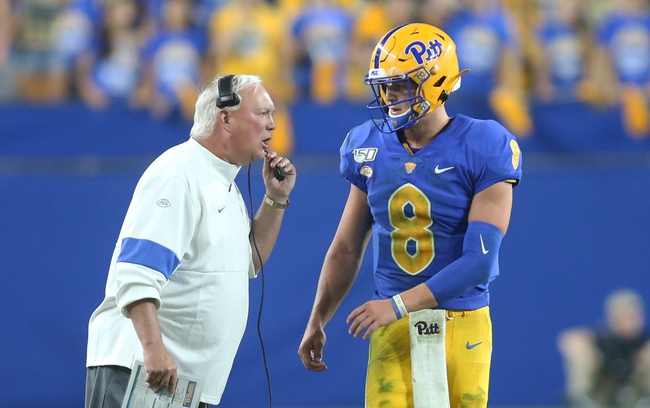 The Ohio Bobcats and the Pittsburgh Panthers will meet up in college football action on Saturday.

Ohio came into the season with a resounding Week 1 victory, bagging a 41-20 decision over the Rhode Island Rams. The Bobcats scored in every quarter, were up 17-6 at the break and never looked back.

Nathan Rourke tossed for 188 yards and two touchdowns in the opening-week win for the Bobcats, and also led the team in rushing with 75 yards and a score. Tops in receiving for Ohio was Tyler Tupa with 49 yards and a TD.

Over on the Pittsburgh side, they didn’t fare as well in their opening game this year, falling 30-14 to Virginia. The Panthers had a narrow 14-13 edge at halftime, but didn’t score again the rest of the way.

Kenny Pickett had an up-and-down game for the Panthers in Week 1, tossing for 185 yards, one TD and two picks. AJ Davis led Pittsburgh in rushing with 25 yards and a score, and also receiving with 65 yards on two grabs.

Pittsburgh only scored in the second quarter during their opening-week loss, and though a handful of players had solid outings no one really stood out offensively.

As for the Bobcats, they’ll have a more difficult game here as opposed to their Week 1 matchup, but with a nice performance in their opener I like their chances in this one. I’m going Ohio.