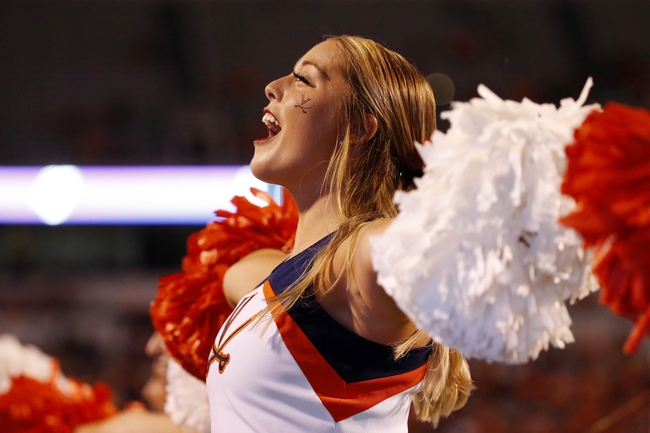 The Virginia Cavaliers and the Pittsburgh Panthers will match up on the college football circuit to kick things off Saturday.

Virginia managed to go 8-5 overall in 2018 and 4-4 in ACC play. That left the Cavs behind Pitt and Georgia Tech in the Coastal (tie). Virginia earned a trip to the Belk Bowl, where they rolled through South Carolina 28-0.

This year, the Cavs will once again be guided by head coach Bronco Mendenhall, who is entering his fourth season along with OC Robert Anae and co-defensive coordinators Nick Howell and Kelly Poppinga.

Over on the Panthers’ side, they went 7-7 on the year and 6-2 in ACC play to take the Coastal Division. Pittsburgh fell 42-10 to Clemson in the ACC Championship Game however, and lost a heartbreaker in the Sun Bowl against Stanford 14-13.

Pitt will retain Pat Narduzzi in his fifth season in 2019, and Randy Bates will come back for his second season as DC. The Panthers’ offense will look a little different with rookie OC Mark Whipple at the helm.

By most accounts, Virginia has the inside track to take the Coastal Division, but they’ll have some stout tasks in taking out Miami, Virginia Tech and Pitt in the standings before they can even think about Clemson and Syracuse.

As for the Panthers, they had some stellar wins last year and surprised a lot of people. The general consensus seems to be that they’ll get lost in the shuffle of a tough conference, and I’d tend to agree with that assessment until I see otherwise. I’m sticking on Virginia here.