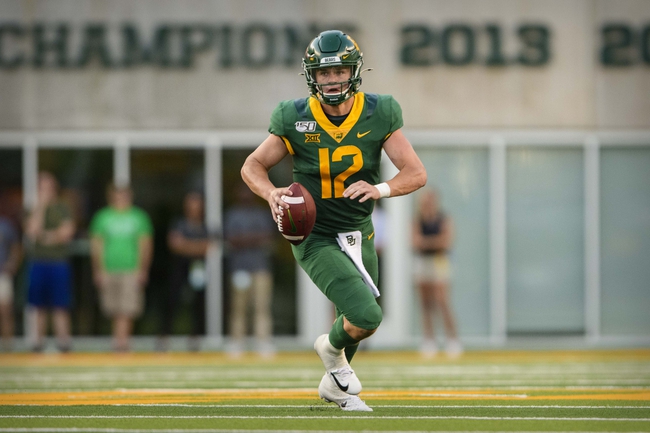 The Baylor Bears and the Rice Owls meet in a week 4 college football matchup from Rice Stadium on Saturday night.

The Baylor Bears will look to build on their 2-0 start to the year after a 63-14 win over UTSA last time out. Charlie Brewer has thrown for 362 yards and 6 touchdowns on 70.2% passing while John Lovett and Gerry Bohanon each share the team-high with 177 rushing yards this season. Denzel Mims leads Baylor’s receiving corps with 12 receptions for 147 yards and 3 touchdowns this season. Defensively, Clay Johnston leads Baylor with 11 tackles with 5 solo and 6 assisted tackles as well as 1.5 sacks this season. As a team, Baylor is averaging 532 yards of total offense and 59.5 points per game this season.

The Rice Owls will be out to pull off the home upset and bank their first win of the season after dropping to 0-3 with a 48-13 loss to Texas in their last outing. Tom Stewart has thrown for 364 yards and 3 touchdowns on 58.5% passing while Aston Walter has logged a team-high 170 rushing yards and Nahshon Ellerbe has 106 rushing yards this season. Austin Trammell leads Rice’s receiving corps with 16 catches for 204 yards while Brad Rozner is the Owls’ 2nd 100-yard receiver with 150 receiving yards this season. Defensively, Blaze Alldredge leads Rice with 21 tackles, including 13 solo tackles while Treshawn Chamberlain is right behind with 20 tackles and Anthony Ekpe and Antonio Montero each have 19 tackles. As a team, Rice is averaging 276.7 yards of total offense and 13.7 points per game this season.

Rice hasn’t given themselves an easy schedule early on, and while the Owls can be given credit for keeping things tight against Army, the Owls still lost that game and it’s only gotten worse against a Wake Forest team that isn’t as good as the score line would indicate and being beat down against a Texas team that they were overmatched against from the opening kickoff. Baylor hasn’t had a tough schedule early on but they’ve pummelled the lower competition, posting the highest scoring offense in the country for the first two games and just beat on a UTSA team that’s had their way with Rice in recent years. I don’t see things getting better for Rice here, so I’ll lay the points with Baylor on the road here.