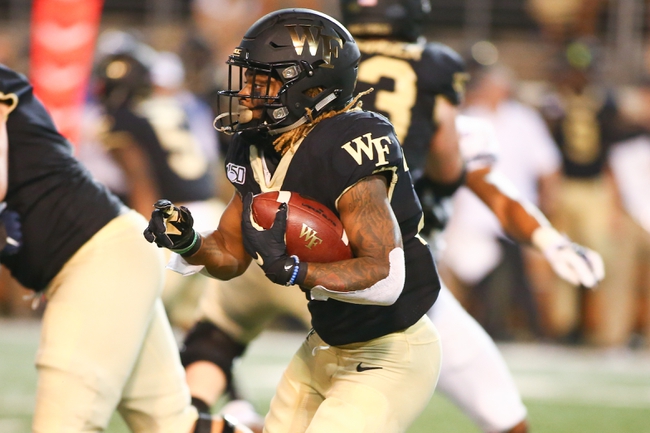 The Wake Forest Demon Deacons and the Rice Owls will match up in Week 2 college football action on Friday.

Wake Forest comes into this one at 1-0 following a tense 38-35 comeback victory against the Utah State Aggies in Week 1. The Deacons were down 21-17 at halftime but had a good third quarter to help seal the win.

In the opening victory, Wake Forest’s Jamie Newman had a great outing, throwing for 401 yards and three touchdowns. Cade Carney led the way on the ground with 105 yards and Sage Surratt had seven catches for 158 yards and a score.

Over on the Rice side, they fell in their Week 1 opener to the Army Black Knights by a score of 14-7. A fourth-quarter touchdown would seal the Owls’ fate and start things off with a loss.

Despite a disappointing offensive effort, Nahshon Ellerbe had a good outing for the Owls, logging 103 yards and a TD on nine carries. Aston Walter added 72 more on 18 totes.

Meanwhile, the Owls are 4-0 ATS versus a team with a winning record and 4-0 ATS in their last four overall. Rice is 5-1 ATS in the last six on turf and 1-4 ATS in the last five versus the ACC.

Wake’s opening offensive performance was pretty impressive, and the Deacons have some legitimate weapons they can rely on this season to help put those points up. The offense did a good job of spreading the ball around, which is always good to see.

As for Rice, they’ve got some issues to work out on offense but can build on what could potentially be a strong running game. Still, I think this one is all Wake.

The pick in this article is the opinion of the writer, not a Sports Chat Place site consensus.
Previous Pick
Montreal Alouettes vs. BC Lions CFL Pick, Odds, Prediction - 9/6/19
Next Pick
Boise State vs. Marshall - 9/6/19 College Football Pick, Odds, and Prediction