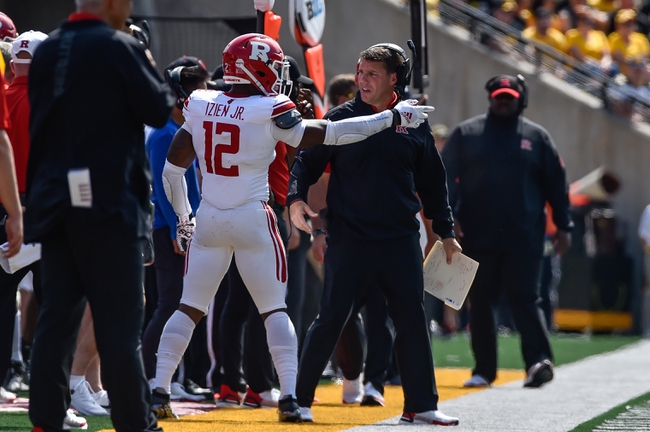 The Line: Rutgers +7 -- Over/Under: Click Here for the Latest Odds

The Boston College Eagles have split their last 10 games ATS as a road favorite. The Rutgers Scarlet Knights have covered seven of their last 11 games as a road underdog. It's hard to get a feel for Boston College, as it beat up on Virginia Tech opening week but then got run over by Kansas last week. Rutgers beat UMass and then got smoked by Iowa, two things we expected, and the Scarlet Knights have had an extra week to prepare for this game. I want to believe Rutgers is improved this year and the added rest does help. While Boston College should probably win, it's a team that has an old school game where it relies on the ground and defense. There shouldn't be a blowout on either side. Give me the free touchdown.