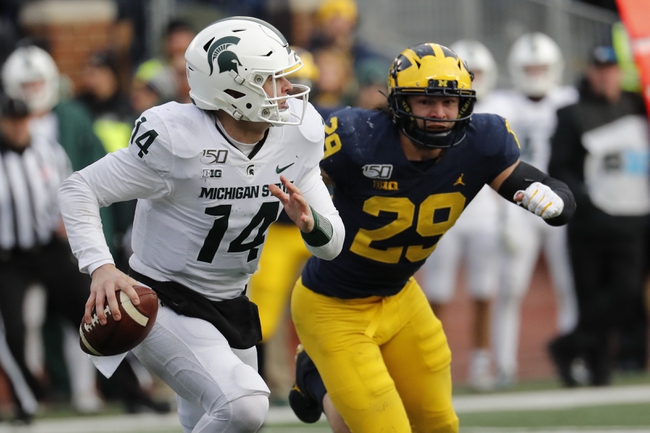 The Michigan State Spartans visit HighPoint.com Stadium on Saturday in Piscataway, New Jersey to play the Rutgers Scarlet Knights. The Spartans were beaten by Michigan 44-10 and fell to 4-6. Michigan State scored a first quarter touchdown and a third quarter field goal but nothing more as the Wolverines defense smothered the running and passing game of the Spartans.

Rutgers fell to 2-8 on the season following its 56-21 loss to Ohio State on Saturday. Isaih Pacheco scored one touchdown for Rutgers with a 26-yard run, while Johnny Langan threw a touchdown pass of 45 yards to Bo Melton and rushed for one touchdown. The Scarlet Knights have lost 19 straight Big Ten games

Johnny Langan has thrown for 619 yards, four touchdowns and eight interceptions. Isiah Pacheco is the leading rusher with 597 yards and seven touchdowns. The leading receiver for the Scarlet Knights is Bo Melton with 369 yards and two touchdowns. Tyshon Fogg leads the defense in tackles with 86.