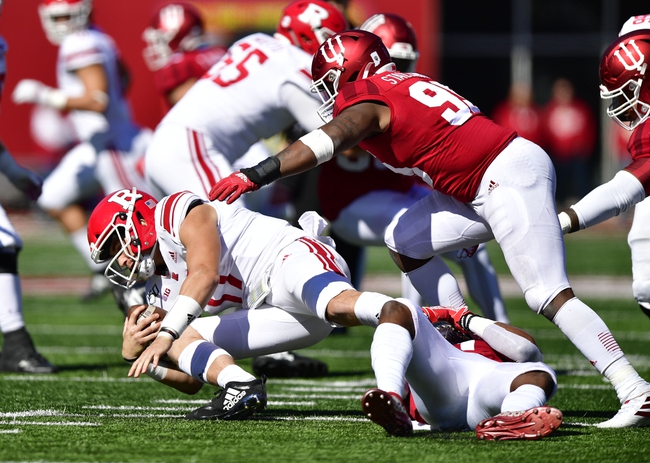 This is a matchup of two teams heading in complete opposite directions. The 20th ranked Minnesota Golden Gophers take their perfect record of 6-0 on the road to Rutgers. Rutgers has a record of 1-5 and have lost 5 in a row.  Minnesota’s last time out, saw an easy 34-7 win over Nebraska. Rutgers was shut out last week by Indiana 35-0.

Minnesota quarterback Tanner Morgan is 86/124 for 1,378 and 14 TD’s and 3 Picks on the season. The Golden Gophers have used a surplus of running backs this year and have totaled 14 rushing TD’s. However, rodney Smith leads the charge with 675 yds rushing and 4 TD’s.  Rashod Bateman leads the team in receiving yds with 533.  He has totaled 4 touchdowns. Kamal Martin leads the team defensively with 41 tackles and has 2 interceptions.

Rutgers have used 3 different quarterbacks this season that have combined for a 3TD/8INT ratio. Last time out Rutgers used Johnny Langan, he was 5/13 for 1 yrd.  Yes, that is not a typo, the Hoosiers held the Rutgers to 1 passing yard.  Running back Isaih Pacheco has led the team with 384 yds and 4 touchdowns on the season.

All that one really needs to know is that Rutgers are losing by an average margin of 34.4 points per game during their 5 game losing streak.  Minnesota on the other hand comes into this game ranked 20th and have been playing well.  Minnesota should have zero issues making this an easy victory.  Final score prediction, Minnesota will win and cover 42-6.