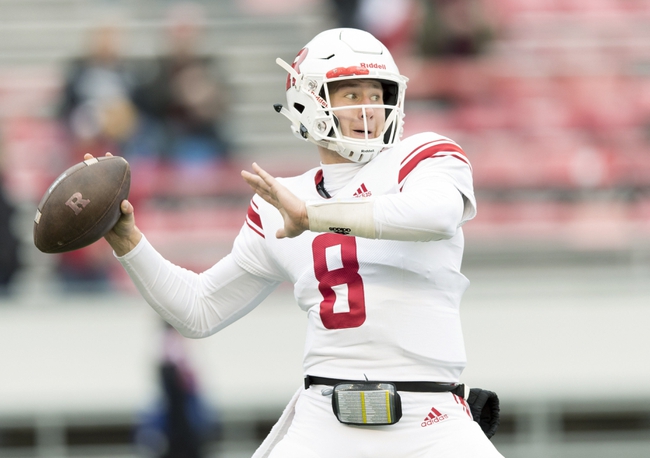 The UMass Minutemen are coming off a four-win season and now start a new era under coach Walt Bell. The UMass Minutemen have lost five of their last six road games. UMass returns five starters from an offense that averaged 32.8 points and 437.6 yards per game. Michael Curtis will takeover at quarterback after playing in six games last season, and four of the Minutemen’s top-five receivers from last year are back. UMass returns three starters from a defense that allowed 42.9 points and 484.8 yards per game. Linebacker Chinedu Ogbonna will lead the way after 72 tackles and 1.5 sacks, while defensive lineman Jake Byczko returns after 55 tackles and 3.5 sacks. The UMass Minutemen enter the season with obvious concerns defensively at every level.

The Rutgers Scarlet Knights have nowhere to go but up after just one victory and ending the season with 11 straight losses. The Rutgers Scarlet Knights have lost each of their last six home games. Rutgers returns eight starters from an offense that averaged 13.5 points and 266.3 yards per game. Artur Sitkowski returns at quarterback despite throwing for four touchdowns and 18 interceptions as a freshman. Running back Raheem Blackshear will lead this offense after leading the Scarlet Knights in rushing and receiving yards. Rutgers returns five starters from a defense that allowed 31.4 points and 401.5 yards per game. Cornerback Avery Young returns after 67 tackles and 10 pass deflections, while defensive end Mike Tverdov had 31 tackles, four sacks and a forced fumble.

The UMass Minutemen are clearly still making adjustments to the FBS level and enter this season with clear concerns on defense. The Rutgers Scarlet Knights may be riding an 11-game losing streak, but let's not forget they took Michigan State down to the wire in their season finale and only lost to Penn State by 13 points. The Scarlet Knights had a little fight to them when they had every reason to throw in the towel, and those type of things can carryover to a new season. If Rutgers can get improved quarterback play, some of those close losses will translate to victories. Give me Rutgers in a comfortable home victory.