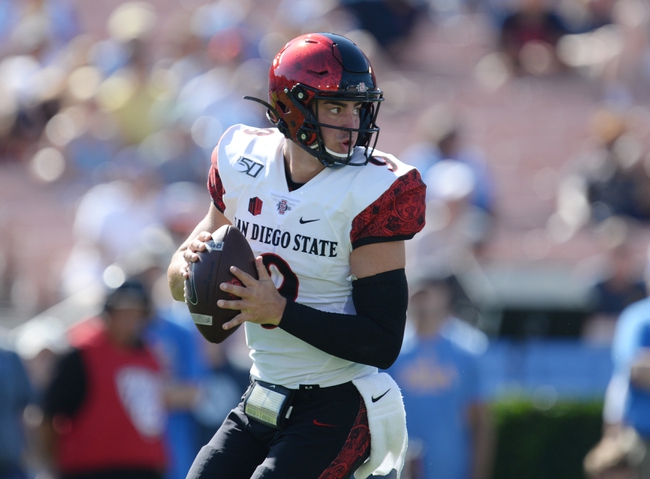 The San Diego State Aztecs will look to build on their solid 3-0 start to the year after picking up a 31-10 win over New Mexico State in their last outing. Ryan Agnew has thrown for 507 yards, 2 touchdowns and an interception on 64% passing while Jordan Byrd has rushed for 197 yards and a pair of touchdowns and Chance Bell has 135 rushing yards this season. Kobe Smith leads San Diego State with 165 receiving yards and a touchdown while Jesse Matthews has 105 yards with both having 11 receptions this season. Defensively, Dwayne Johnson Jr. has 25 tackles and Kyahva Tezino has 22 tackles while Myles Cheatum has 2.5 sacks this season. As a team, San Diego State is averaging 336 yards of total offense and 20 points per game this season.

Utah State has been a covering machine dating back to last season, so laying points with them on the road could be a tempting proposition. However, the Aggies lost to an average Wake Forest team on the road by 3, and a blowout over Stony Brook doesn’t really move the meter that much for me. San Diego State was impressive against UCLA and followed that up with a really good performance against New Mexico State. The Aztecs have also never lost to Utah State, and the two meetings as conference opponents have seen San Diego State win by a combined margin of 61 points. Hard for me to pass up the free points with San Diego State here.