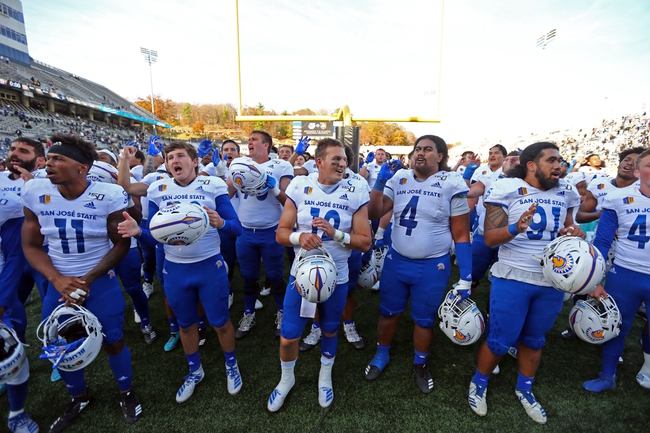 Boise State is heading into this game after getting beaten by BYU right before their bye week. The Broncos lost the upsetw game to the Cougars by a score of 28-25. The Broncos overall record, though, is sitting at a 6-1 mark on the year and has ended up getting a 3-0 conference record on the season.

San Jose State has been able to play decent on the season compared to what they have done before. The Spartans have pulled up to a 4-4 record and have ended p getting a 1-3 conference record on the season. The Spartans, though, in the last game ended up picking up a win over Army on the road by a score of 34-29.

With the Spartans the team has had a lot of problems on the year but are fairly balanced offensively and defensively. The Spartans, though, are heading into the game here with a chance to pull off an upset of Boise State. The difference is the Boise State team has managed to get a lot going for them and the bye week gave them time to recollect their thoughts in how to handle San Jose State and that leads to Boise State crushing San Jose State. Final Score Prediction, Boise State Bronco win 35-14.