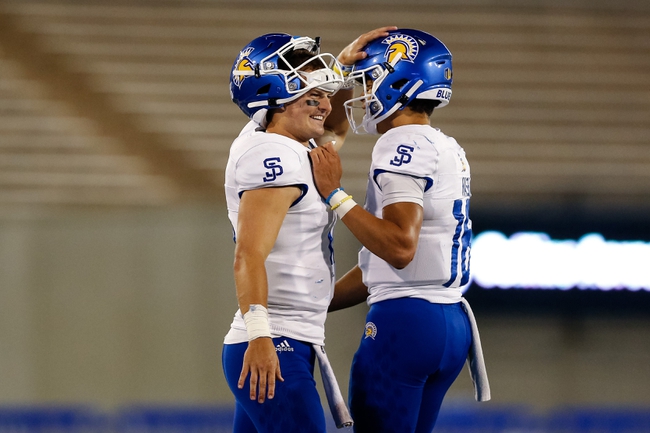 The Aztecs are one of those teams that has surprised a lot of people by winning a lot. The games the Aztecs have won have not been against the bigger names, but for the size of the San Diego State school, they are wins that are very impressive and definitely worth taking now. The one loss the San Diego State squad does have came three weeks ago at the hands of Utah State.

San Jose State would like to have the same type of showing that the San Diego State squad has, but they have not been able to do that well this year. The Spartans have only managed to get 3 wins on the year and that has been a problem for the team a they have 3 losses as well and the most recent game was a loss to the struggling Nevada squad.

The Aztecs have been able to crush their opponents with a strong defense and that will definitely continue in this game here. Look for the Aztecs defense to easily control the Spartans offense, but the offense is able to really help out in this game here and bring home the win. Final Score Prediction, San Diego State Aztecs win and cover 28-17.