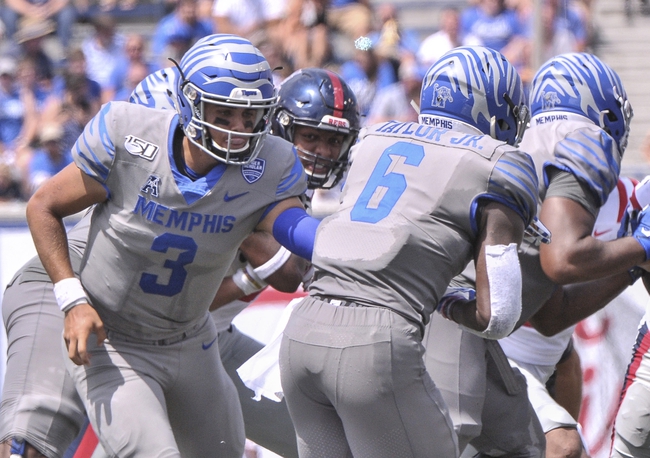 The Memphis Tigers and the South Alabama Jaguars meet in a week 3 college football matchup from Ladd-Peebles Stadium on Saturday afternoon.

The Memphis Tigers will look to build on their unbeaten start to the year after improving to 2-0 with a 55-24 win over Southern last time out. Brady White has thrown for 509 yards, 2 touchdowns and an interception on 40 of 52 passing for a 76.9% completion percentage while Kenneth Gainwell has rushed for 162 rushing yards and two touchdowns. Patrick Taylor Jr. has 128 rushing yards as well while Damonte Coxie has a team-high 12 receptions for 156 yards this season. Defensively, Sanchez Blake Jr. leads Memphis with 11 tackles this season. As a team, Memphis is averaging 459.5 yards of total offense and 35 points per game this season.

The South Alabama Jaguars will look to build on their first win of the season after a 37-14 win over Jackson State in their last outing. Cephus Johnson has thrown for 351 yards, 3 touchdowns and 4 interceptions on 30 of 52 passing for a 57.7% completion percentage. Tra Minter leads South Alabama in rushing with 226 rushing yards and 2 touchdowns while Jared Wilson has 102 rushing yards. Kawaan Baker leads USA in receiving with 100 receiving yards while the aforementioned Minter has a team-high 9 receptions out of the backfield this season. Defensively, Roy Yancey and Nick Mobley are tied for the team-high with 16 tackles. As a team, South Alabama is averaging 426 yards of total offense and 29 points per game this season.

Memphis should probably be favored considering that they were able to suck out a win against Ole Miss while holding a solid Rebels team to just 10 points in the opener, while also routing Southern last time out. However, laying nearly three touchdowns is a lot considering that Memphis has had issues covering on the road, and South Alabama racked up 35 on Memphis last season and held their own against Nebraska, losing on the road by 14 as a 35-point underdog. I think the Jaguars can make this one interesting and keep it reasonable, so I’ll take a shot with South Alabama and the points here.