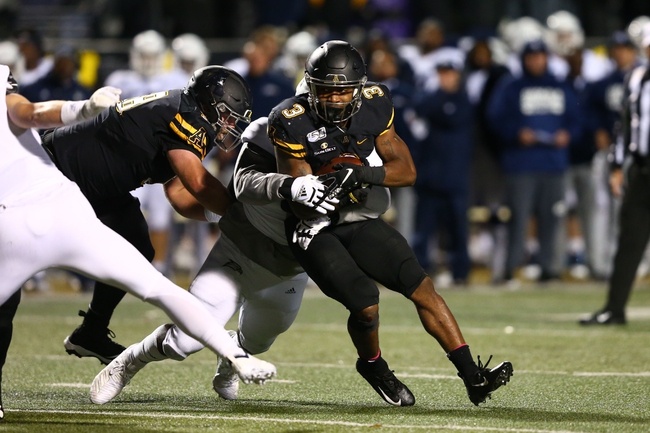 There is little question which Appalachian State (7-1) team will show up on Saturday night when the Mountaineers of the Sun Belt Conference travel to Williams-Brice Stadium in Columbia to take on the South Carolina Gamecocks (4-5) of the Southeastern Conference in a non-league affair. Appalachian State will walk into the game with its high-powered offense, shutdown defense, and big-time rushing attack motivated to avenge its lone loss of the season against a foe from the SEC.

However, trying to figure out which South Carolina team will show up is not as easy. Are these the Gamecocks that lost to North Carolina, Missouri, and Tennessee? Or will it be the Gamecocks that scored 72 against Charleston Southern that also beat Kentucky and then-ranked No. 3 Georgia? And the answer to those questions is simple -- who knows?

South Carolina could get little going on offense against Georgia in that massive upset but used an amazing defensive effort forcing four turnovers including an interception return for touchdown for the win. Then two weeks later, the Gamecocks allowed 41 points to a Tennessee team that hadn’t scored 40 in a conference game since 2016. South Carolina came back and knocked off Vanderbilt 24-7 last week, but Vandy is a team that early lost by 24 to UNLV. So who knows which team will show up?

Appalachian State will look for its first win over South Carolina since 1975 and first against any member currently in the SEC. The Gamecocks were an independent when the Mountaineers won 44 years ago. But Appalachian State will bring its rushing offense into Columbia looking for a first in program history. That rushing offense ranks No. 15 in FBS at 232.6 yards per game, leading to the FBS 12th-best scoring offense at 38.5 points per game. The Mountaineers are led by junior running back Darrynton Evans who has carried the ball 142 times for 798 yards and 10 touchdowns this season. Junior Marcus Williams Jr. and quarterback Zac Thomas will also run the ball and they have picked up 331 and 303 yards on the ground respectively this year.

So where to go in this one? It’s so tough to tell. Will the Sun Belt team be up to play the SEC team? Will South Carolina show up to play at all? It’s all question marks. Picking the Gamecocks minus four is out of the question. They are too unpredictable. And because of that, taking App State would be irresponsible as well, because who knows which South Carolina team will show up? So the play must be the under 51 points. These are two top-50 defenses in FBS and 24-21 seems as realistic as any other score. So take the under and watch the game to see if the Gamecock team that beat Georgia or lost to Tennessee shows up.