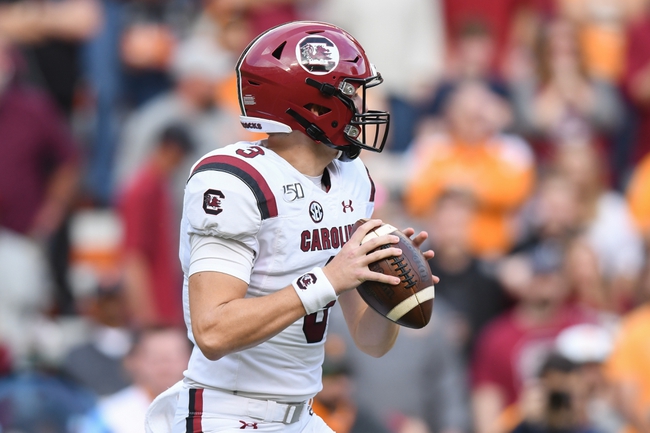 On Saturday, the Vanderbilt Commodores visit Williams-Brice Stadium in Columbia, South Carolina to play an SEC showdown against the South Carolina Gamecocks. The Commodores had a bye this week and defeated Missouri 21-14 the week prior to the bye. Riley Heal come in off the bench and tossed a 21-yard touchdown pass with just less than nine minutes remaining to give Vandy a lead it would not relinquish.

Riley Neal has thrown for 1,147 yards, five touchdowns and four interceptions for Vandy. The leading rusher is Ke’Shawn Vaughn with 703 yards and six touchdowns. Kalija Lipscomb leads all receivers with 377 yards and two touchdowns. Dimitri Moore is the leading tackler for the Commodores with 51.

South Carolina fell to 3-5 on the season following its 41-21 loss to Tennessee. The Gamecocks led at the half 21-17 thanks to big plays. Ryan Hilinski finished the game with 319 yards passing that included a 79-yard touchdown strike to Shi Smith on the first snap of the game. South Carolina was not able to cover the top wide outs for Tennessee and were repeatedly burned for big plays.

The OVER has cashed in 5 of the Gamecocks last 7 versus an opponent with a losing record.

South Carolina has played much better this season than has Vanderbilt. The Gamecocks have covered the number in 15 of the last 22 after gaining over 100 yards on the ground the previous game. Vanderbilt has failed to cover 7 of its last 8 overall and each of its last 4 versus an opponent with a losing record. Final Score Prediction, South Carolina Gamecocks win and cover ATS 38-17