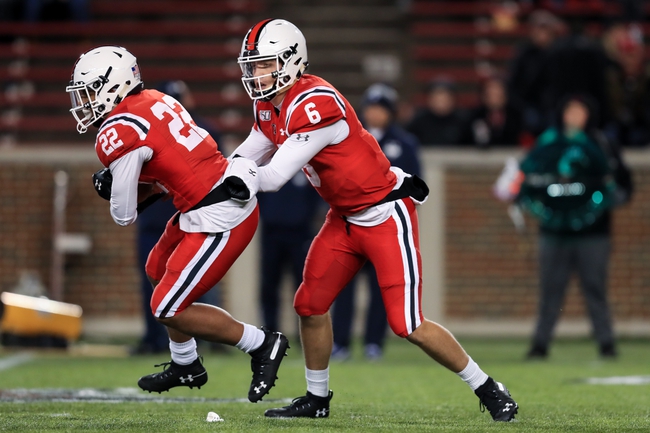 The #20 Cincinnati Bearcats travel to Florida on Saturday for a game against the University of South Florida Bulls.  In their last game, the Bearcats were victorious against the UConn Huskies, winning by the score of 48-3.  Cincinnati quarterback Desmond Ridder completed 13 of 23 passes for 136 yards and 2 touchdowns on the day.  Ridder also rushed 7 times for 94 yards in the game.  The lead rusher for Cincinnati was Gerrid Doaks who carried the ball 13 times for 123 yards and a touchdown.  The Bearcats’ lead receiver in the game was Josiah Deguara who caught 5 passes for 45 yards and 2 touchdowns.  The Cincinnati defense allowed a total of 218 yards to UConn, including just 70 yards through the air.

With the win, the Bearcats are now 8-1 on the season and 5-0 in conference play which puts them in 1st place in the American Conference East Division.  Desmond Ridder has now thrown for 1,696 yards and 17 touchdown passes against 7 interceptions on the season.  Ridder has also rushed 91 times for 417 yards and a touchdown.  The lead rusher on the year for Cincinnati is Michael Warren II who has carried the ball 146 times for 699 yards and 9 touchdowns on the season.  Alec Pierce has been the Bearcats most productive receiver on the year as he has caught 23 passes for 441 yards and 2 touchdowns.

The South Florida Bulls come into Saturday’s game after a loss to Temple by the score of 17-7 in their last game.  USF quarterback Jordan McCloud completed 23 of his 38 passing attempts for 225 yards and a touchdown.  South Florida was led in receiving by Mitchell Wilcox who caught 5 passes for 55 yards on the night.  The South Florida running game struggled much like the rest of the offense and failed to really get going as they were led by Jordan Cronkrite who ran for 21 yards on 8 carries.  The USF defense allowed 320 yards to Temple including 153 on the ground.