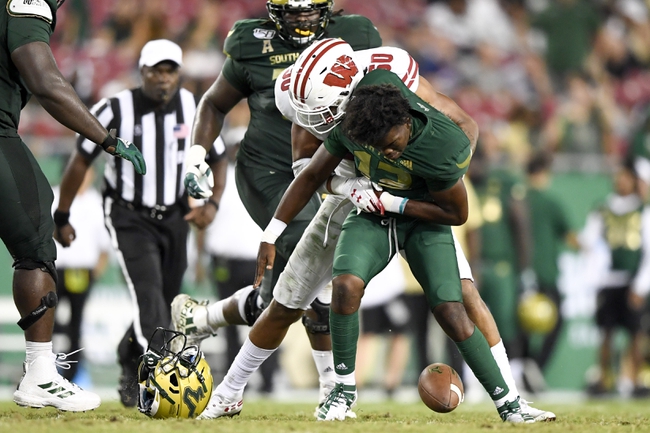 The SMU Mustangs look for a third road win to improve to 5-0 on the season. The SMU Mustangs have split their last eight road games. Shane Buechele is completing 66.7 percent of his passes for 1,159 yards, seven touchdowns and four interceptions. Buechele has seven touchdown passes in his last three games. Reggie Roberson, Jr. and James Proche have combined for 744 receiving yards and five touchdowns while Kylen Granson has 12 receptions. The SMU Mustangs ground game is averaging 216.7 yards per contest, and Xavier Jones leads the way with 370 yards and eight touchdowns. Defensively, SMU is allowing 28 points and 369 yards per game. Patrick Nelson leads the SMU Mustangs with 27 tackles, Delontae Scott has 5.5 sacks and Terrance Newman has one interception.

While the SMU Mustangs have been highly effective offensively, this is a letdown spot with them just beating a ranked TCU and putting together its first 4-0 start since 1984. The South Florida Bulls have gotten waxed in two of their three games, but this is an experienced team that entered the season with expectations and has had an extra week to prepare for this contest. While SMU is probably the better team and certainly more trustworthy, this is a bad schedule spot for the Mustangs. I'll take my chances with USF and the free touchdown.

The pick in this article is the opinion of the writer, not a Sports Chat Place site consensus.
Previous Pick
Ottawa Redblacks vs. Edmonton Eskimos CFL Pick, Odds, Prediction - 9/29/19
Next Pick
Marshall vs. Cincinnati - 9/28/19 College Football Pick, Odds, and Prediction