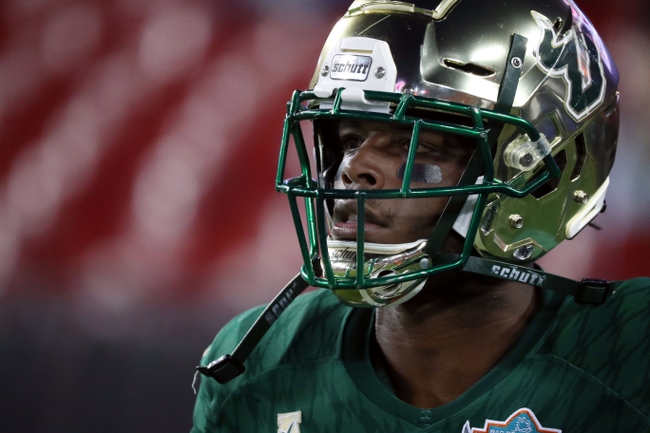 The Wisconsin Badgers are coming off an eight-win season and haven’t won less than eight games in each of the last 10 years. The Wisconsin Badgers have lost three of their last four road games. Wisconsin returns five starters from an offense that averaged 29.7 points and 431.1 yards per game. Running back, Jonathan Taylor, who topped 2,000 rushing yards last year and is a Heisman candidate once again, will be the bread and butter of this Badgers offense. Wisconsin returns six starters from a defense that allowed 22.6 points and 344.2 yards per game. Linebacker Zack Baun returns as the leading tackler with 63, while safety Scott Nelson is poised for a big year after 41 tackles, 3.5 tackles for loss and six pass deflections as a freshman.

The South Florida Bulls have won 17 games in the first two years under coach Charlie Strong and hope to take another step in the right direction in the third season, what’s often considered the do-or-die year. The South Florida Bulls have lost their last three home games. South Florida returns nine starters from an offense that averaged 28.5 points and 437.7 yards per game. Quarterback Blake Barnett and running back Jordan Cronkrite return for another season, and that’s a duo good enough to give any team in the AAC some problems. South Florida returns six starters from a defense that allowed 32 points and 446.6 yards per game. Linebacker Greg Reaves will lead this unit after 89 tackles and seven tackles for loss, while defensive end Kirk Livingstone looks to build on 56 tackles, 10 tackles for loss and five quarterback hurries.

The Wisconsin Badgers are the better coached team and have earned our trust over the years, but they also have a lot of new faces on offense outside of Taylor and you just have to wonder how long it will take things to come together. The South Florida Bulls showed just how good they can be last season when they started the season with seven straight wins. Yes, the season fell apart in the final six games, but there's lots of talent on this team and they have a chance to do something in the AAC if they can just figure it out. I'm not bold enough to call an outright upset, but USF can hang with Wisconsin in the humid Raymond James Stadium.