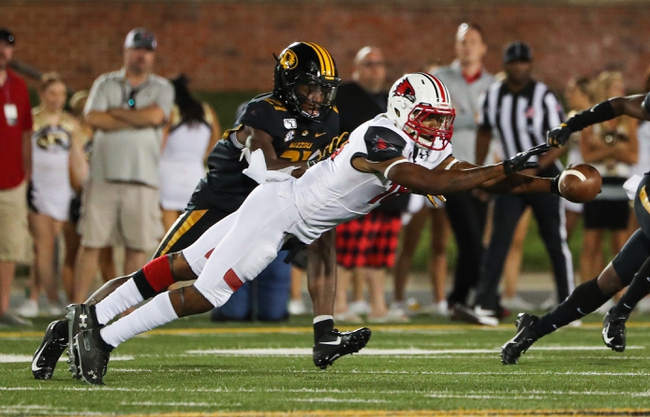 The 13th ranked Illinois State Redbirds are on the road to face the 12th ranked Southeast Missouri State Redhawks, in the 1st round of the FCS Playoffs.  The Redbirds out of the Missouri Valley Conference come in with a record of (8-4), coming off a 21-3 road loss to Youngstown State.  The Redhawks out of the Ohio Valley Conference finished the regular season at (9-3), after winning 31-24 at home against Murray State.

The Redbirds are guided offensively by quarterback Brady Davis.  Davis has completed 115 of 220 pass attempts for 1,570 yds, while throwing 9 touchdowns and 9 interceptions.  Redbird running back James Robinson has had a stellar year thus far rushing for 1,395 yds on 262 carries, while finding the end zone 15 times on the ground.  Robinson is averaging 109 yds rushing per game.  Andrew Edgar has collected 3 receiving touchdowns on the year.  Defensively Luther Kirk leads the way in tackles, with 74.  Devin Taylor has 3 interceptions to lead the Redbirds in that department.  The Redbirds are coached by Brock Spack.

The Redhawks are led offensively by quarterback Daniel Santacaterina.  Santacaterina has thrown for 2,366 yds on 184 completions, while throwing 18 touchdowns and rushing for another 4 scores.  Kristian Wilkerson has had a tremendous year receiving, registering 66 receptions for 1,236 yds and 10 touchdowns.  The Redhawks have had a trio of running backs that have seen plenty of action this year.  Zion Custis leads the team in rushing yds, totaling 659 on the year.  Mark Robinson leads the team in rushing touchdowns with 7, while Geno Hess leads the team in average yds per rush attempt (5.6).  Defensively, Zach Hall leads the Redhawks in tackles, with 113. Defensive back Bydarrius Knighten leads the Redhawks with 3 interceptions.  Bryant Pirtle has contributed 5 sacks on the year.  The Redhawks are coached by Tom Matukewicz.

Illinois State enters the playoffs for the first time since 2016.  The Redbirds who play in the always tough MVC, posted a (5-3) record in conference play.  Illinois State is 1-0 this year against OVC members.  The Redhawks finished tied for 1st in the OVC with a conference record of (7-1).  SEMO has found themselves in the playoffs for the 2nd time in as many years.  The Redhawks are 1-0 against MVC members this year.  SEMO is currently on a 6 game win streak heading into this matchup.  Illinois State is 5-6 in their last 11 road games, while SEMO carries a 13 game home win streak into this contest.  The Redhawks hosted a first round play off game last year, knocking off Stony Brook to advance to the next round.

Illinois State will be starting Bryce Jefferson a true freshman at quarterback, due to an injury to Brady Davis.  If SEMO wants to keep their home field win streak alive and move on to the next round, the Redhawks will have to contain Illinois State running back James Robinson.  If SEMO wants to contain Robinson, the Redhawks will need a big game defensively from the 2018 Buck Buchanan Award winner Zach Hall.  Redhawks receiver Kristian Wilkerson, is one of the best receivers at the FCS level and the Redbirds will have their hands full.  The Redhawks have looked great at home and have been in this situation in as many years.  I'll take Southeast Missouri State to win at home and move on to face Central Arkansas.  Final score prediction, Southeast Missouri State will outright win, 28-24.