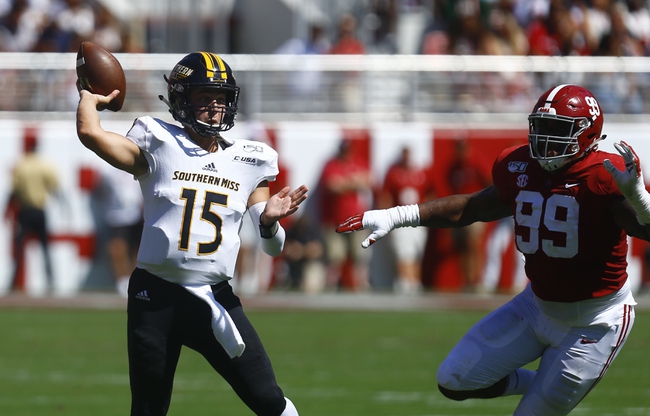 The North Texas Mean Green visit M.M. Roberts Stadium in Hattiesburg, Mississippi on Saturday to play the Southern Mississippi Golden Eagles. The Mean Green had a bye this past week and they fell to 2-3 on the season following a 46-25 loss to the Houston Cougars 10 days ago. Mason Fine threw for 353 yards and two touchdowns in the loss, but the Mean Green was overmatched by the speed and skill of the Cougars.

Southern Mississippi is also coming off a bye last week. The Golden Eagles defeated the UTEP Miners 31-13 in the final game prior to the bye. Jack Abraham threw for 351 yards with three touchdowns in the lopsided victory by Southern Miss. The game was the first Conference-USA game of the season for the Golden Eagles.

Jack Abraham has thrown for 1,515 yards, nine touchdowns and four interceptions to lead Southern Miss. The leading rusher is De’Michael Harris with 176 yards and one touchdown. Jordan Mitchell leads all receivers with 369 yards and three touchdowns. D.Q. Thomas is the leading tackler for the Golden Eagles with 40.

Take the UNDER in this matchup. The UNDER has cashed in 4 of the last 5 games between the two. In addition to that, North Texas has seen the UNDER cash in 15 of its last 21 overall and in 4 of the last 5 when playing an opponent with a winning record. Southern Miss has watched the UNDER cash in 4 of its last 5 played at home. Final Score Prediction, Southern Mississippi Golden Eagles win, but our best play is UNDER 34-26