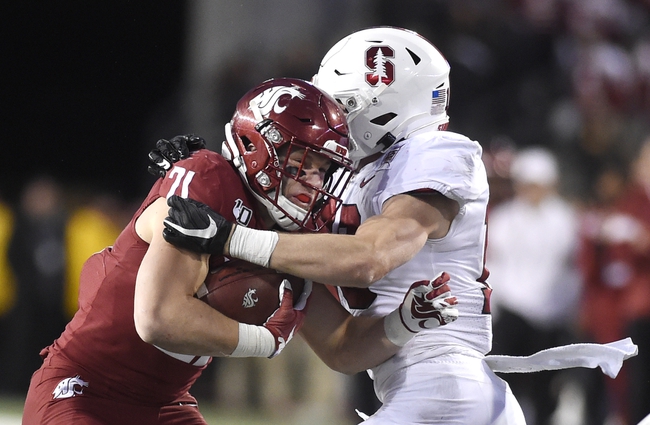 What a strange season it's been for California (5-5, 2-5). Early on, the Golden Bears looked like they had the mettle to compete for the Pac 12 Championship. They won their first four games and came out on top in road games against No. 14 Washington and Ole Miss. Since then, however, Cal has lost five of six, including a 35-0 whipping against No. 12 Utah a couple weeks ago.

The Golden Bears have some strong pieces to build on, including sophomore running back Christopher Brown Jr. Brown has rushed for 599 yards on the season and has five rushing touchdowns and three receiving touchdowns. In a 33-20 win against Washington State on Nov. 9, Brown rushed for 95 yards and scored both on the ground and through the air.

Stanford's struggles have been a surprise of this season in the Pac 12. While the conference again doesn't appear to be on par with some of the other Power 5 leagues, the Cardinal (4-5, 3-5) were not expected to be toward the bottom half of the standings.

Curiously, Stanford bested No. 15 Washington several weeks ago by 10 points. That performance hinted at a potential turning point this season. Since, however, the Cardinal have lost three of four. On Nov. 16, they got blasted by Washington State, 49-22.

Senior running back Cameron Scarlett has been solid for Stanford, with 763 rushing yards and five touchdowns. Against the Cougars, he had just three yards on four carries.

The Cardinals are coming in with quite a bit of confidence after getting a win over Washington. What else helps the Cardinals out is the fact that the team is playing California who has struggled on the year and are relying on a sophomore to really carry the Golden Bears and that does not really give the Golden Bears the experience that can help out in making a lot of changes. Final Score Prediction, Stanford Cardinals win 24-17.