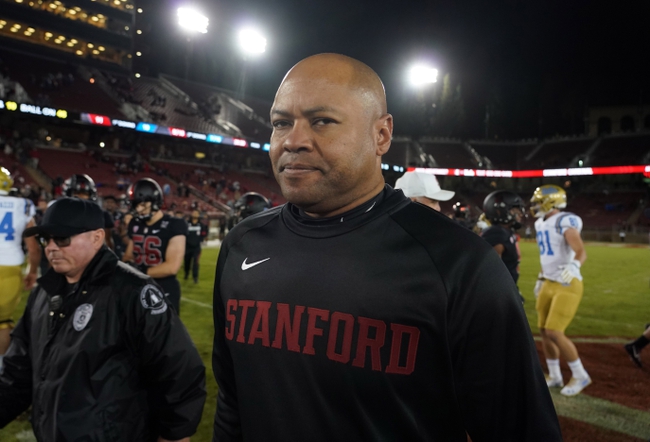 The Arizona Wildcats head out west for a battle with the Stanford Cardinal on the heels of an embarrassing loss to the USC Trojans with the final score of 41-14. Arizona quarterback Grant Gunnell played decently well for parts of the game, throwing for 196 yards while completing 16 of his 26 pass attempts for two touchdowns. The USC defense was just too strong and once Gunnell got his offense past the 50 yard line, they shut the Wildcat offense down. Running back J.J. Taylor was never really able to get the ground game going, running for just 80 yards on 16 carries.  Another problem for Arizona was the fact that they couldn’t stop the USC offense and allowed 247 passing yards and 201 rushing yards for a total of 448 total yards against the Wildcat defense.

With the loss, Arizona’s record is now 4-3 including a 2-2 record in PAC 12 play.  The Wildcats offense has been somewhat successful this season with quarterback Khalil Tate behind center, but the senior quarterback has had a hard time staying healthy and has had to give way to Grant Grunnell when he can’t play. For the year, the Wildcat offense is averaging 491.6 yards and 32.4 points per game. However, those totals are what Arizona has to keep up to be successful since their defense has allowed 469.6 yards and 34.1 points per game.

Much like the Arizona Wildcats, the Stanford Cardinal enter this weeks game after a loss to a very poor UCLA Bruins team who came out on top, 34-16.  Stanford backup quarterback Jack West who was subbing in for an injured Davis Mills was extremely ineffective, only completing 15 of 32 passes for 143 yards and no touchdowns. Stanford’s leading rusher,  Cameron Scarlett  also failed to get going. Despite scoring a touchdown, Scarlett was only able to rush for 34 yards on 13 carries.  The Cardinal defense put up about as much of a fight as the offense did, allowing 455 total yards to the now 2-5 Bruins squad.

With Mills under center, the Cardinal are a very competitive team as Mills has thrown for 890 yards and 5 touchdowns on the season after subbing in for injured starting quarterback K.J. Costello who has been out due to a hand injury. Looking at the stats, it’s very easy to see that the Cardinal are using their third string quarterback as they have only averaged scoring 20 points per game on an average of 330 yards per game. The defense has also had its struggles averaging 27.6 points allowed per game and 402.4 yards per game.

My Pick – I am going with Arizona without a doubt in this one. The Stanford defense just isn’t good enough to stop anyone and they are looking at once again starting their third string quarterback if Mills is unable to play. If Tate is able to be under center for Arizona, it will be an even uglier game. Arizona for the win and Stanford continues to struggle. Arizona wins 28-24 and covers the spread.