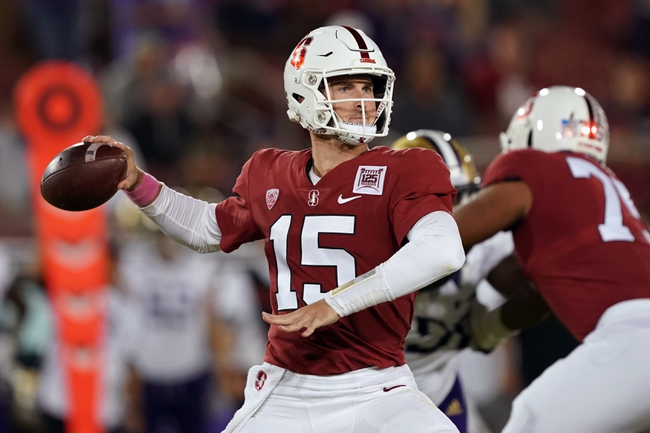 The UCLA Bruins are set to visit Stanford Stadium in Stanford, California for a Pac-12 clash against the Stanford Cardinal. The UCLA Bruins come into this matchup with a 1-5 record, and they will be looking to rebound after dropping their recent home game against the Oregon State Beavers, 48-31. QB Austin Burton had a solid overall game for the Bruins as he threw for 236 yards and a TD while adding in 63 rushing yards and a TD. RB Demetric Felton had a big game on the ground for UCLA as he recorded 111 yards and a TD on 11 carries.

The UCLA Bruins struggled on the defensive side of the ball against the Oregon State Beavers as they allowed them to score 48 points and rack up a total of 448 yards of offense. Senior LB Lokeni Toailoa led the way for the UCLA defense as he recorded 7 tackles and half a TFL. Junior LB Leni Toailoa contributed the lone sack of the game for the unit while pitching in 4 tackles. Freshman DB Rayshad Williams had a productive game from the secondary as he racked up 5 tackles and 1 pass deflection.

The Stanford Cardinal come into this matchup with a 3-3 record, and they will be looking to continue their success after winning their recent home game against the Washington Huskies, 23-13. QB Davis Mills had an efficient game through the air as he connected on 21 of his 30 pass attempts for 293 yards and a TD. RB Cameron Scarlett had a busy game on the ground for the Cardinal as he contributed 151 yards and a TD on 33 carries.

The Stanford Cardinal were solid on the defensive side of the ball against the Washington Huskies as they held them to 13 points and a total of 294 yards of offense. Senior LB Curtis Robinson led the way for the Stanford defense as he contributed 8 tackles and 1 pass deflection. The secondary had an extremely productive game for the Cardinal as Paulson Adebo racked up 5 tackles and 4 pass deflections while Kyu Blu Kelly pitched in 2 pass deflections and the lone interception of the game.

The Stanford Cardinal are coming into this game fresh off a bye week which is an advantage for a conference game, but they are also flying high after winning their recent game against a very good Washington team. UCLA has been a mess on the defensive side of the ball this season as they rank 123rd in points allowed, and luckily for the Cardinal, QB Davis Mills has been playing well and has a solid ground attack with Cameron Scarlett. The Bruins will most likely be forced to start their backup QB in this matchup, and after being blown out against the Oregon State Beavers, it is hard to back them on the road.