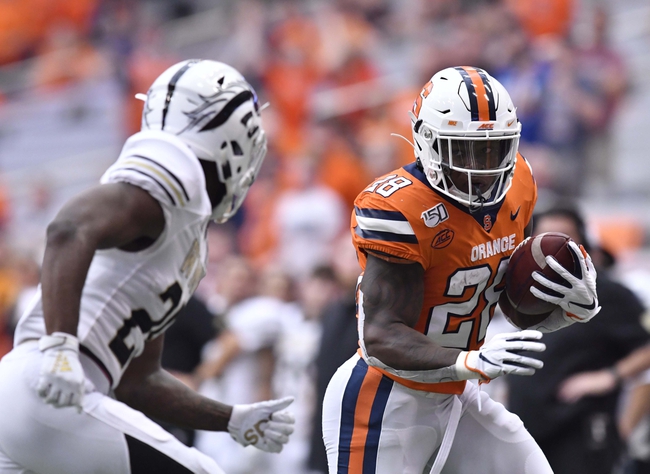 The Holy Cross Crusaders and the Syracuse Orange will meet up on the college football circuit Saturday.

Holy Cross comes in here at 1-2 so far. The Crusaders took out New Hampshire in their second game but otherwise fell to Navy and Yale.

Over on the Syracuse side, they’re 2-2 this season. The Orange have fallen to Maryland and Clemson but taken out Liberty and Western Michigan.

Syracuse is also 6-1 ATS in their last seven after scoring more than 40 points in their previous game.

There’s not a lot to like about Holy Cross right now. Their defense is just “meh,” while their offense is pretty stagnant.

Syracuse isn’t a big-time powerhouse quite yet, but I think they can certainly get the job done here. I’m going Orange.