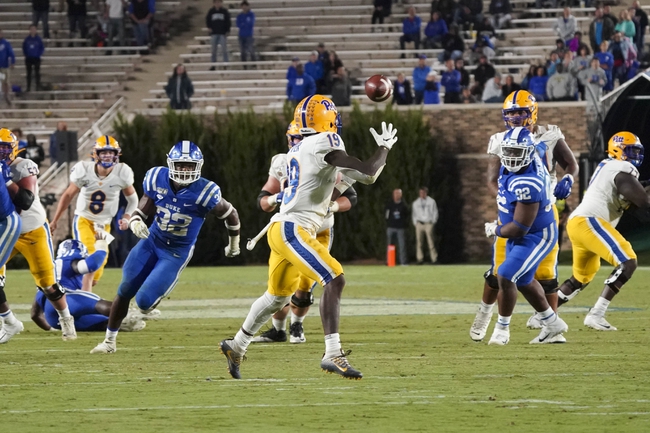 On Friday, the Pittsburgh Panthers visit the Carrier Dome in Syracuse, New York to play the Syracuse Orange in an ACC showdown. The Panthers improved to 4-2 overall and 1-1 in the ACC after a 33-30 win over Duke a week ago Saturday. The Panthers had a bye during Week 7. Kenny Pickett connected with V’Lique Carter on a 26-yard touchdown pass with just 38 second left to give Pitt the win after the Panthers had squandered an earlier 23-point lead.

Kenny Pickett leads Pitt in passing with 1.370 yards, six touchdowns and four interceptions. The leading rusher for the Panthers is Todd Sibley Jr. with 192 yards. Taysir Mack leads all receivers with 511 yards and two touchdowns. The leading tackler for Pitt is Paris Ford with 45.

Syracuse fell to 3-3 overall and 0-2 in ACC play following a 16-10 loss to North Carolina State on Thursday. The Orange gave up eight sacks on the night as the offensive line could not protect quarterback Tommy DeVito. The Orange trailed 16-0 during the third quarterback before rallying with a field goal and late touchdown. A late sack on DeVito ended the game as the Orange were trying to score to win.

The UNDER has cashed in 5 of the Orange last 7

Take the UNDER in this matchup of ACC rivals. The UNDER has cashed in each of the last 4 played between the two in Syracuse and in 5 of the last 7 overall between the two. Pittsburgh has watched the UNDER covered in 12 of its last 14 played on the road, while Syracuse has watched the UNDER cash in 5 of its last 7 overall. Final Score Prediction, Pittsburgh Panthers win, but our best play is UNDER 27-21