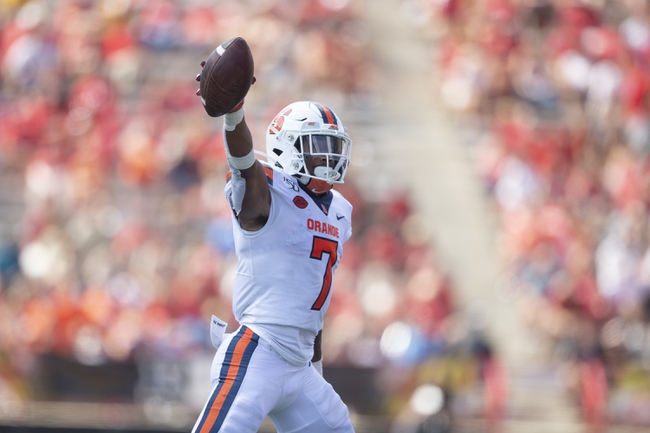 The Western Michigan Broncos and the Syracuse Orange will match up in college football action on Saturday.

Western Michigan enters this one with a 2-1 mark so far. The Broncos fell to Michigan State 51-17 in Week 2 but otherwise have taken out Monmouth 48-13 and Georgia State 57-10.

In the victory this past weekend, Broncos QB Jon Wassink had 246 yards and a TD, with Skyy Moore leading the receivers on 97 yards from five catches. LeVante Bellamy and Sean Tyler combined for five rush touchdowns and a whopping 330 yards.

In the loss to the Tigers, Syracuse QB Tommy Devito had 172 yards and a pick, and Abdul Adams rushed for 34 yards. Moe Neal led the Orange receivers on 67 yards from two grabs.

Western Michigan’s offense was humming against Georgia State, and the backs where rumbling all over the place in a stellar win. The Broncos have posted 105 points in their two wins. If they can catch some of that momentum again here, I like Western Michigan to at least cover in this one.