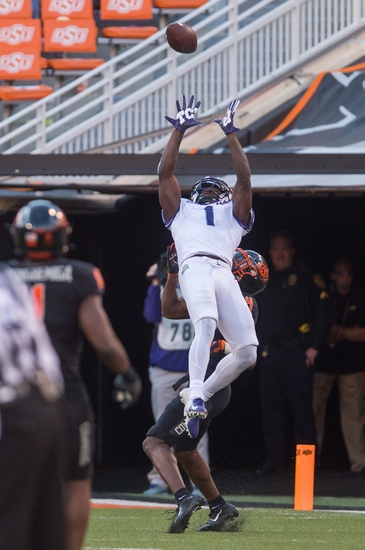 Baylor will look to keep its dream season and playoff hopes alive when the Bears (8-0, 5-0 Big 12) take their No. 11 national ranking into Fort Worth, Texas to take on the TCU Horned Frogs (4-4, 2-3 Big 12) at Amon G. Carter Stadium on Saturday. Baylor is currently in the driver’s seat atop the Big 12 standings but with a tough test this week against TCU and showdowns with Texas and Oklahoma looming, each game is of utmost importance.

The Horned Frogs may be the best 4-4 team in the country, holding a win over Texas as well as losses to SMU, Kansas State, and Oklahoma State of seven points or less. The only one-sided loss on the TCU’s resume this year is a 49-24 loss at Iowa State. More impressively, however, is how good the Horned Frogs have been at home -- the 10-point win over Texas, a 37-point demolishing of Kansas, a 32-point win over Arkansas-Pine Bluff, and the 3-point loss to SMU, which everyone by now has realized is a pretty good team in their own right.

Baylor remains undefeated but has been challenged throughout the season. After two blowout wins to start the season, The Bears held on to beat Rice 21-13 and edged Iowa State 23-21. An impressive 19-point win at Kansas State was followed by a two-overtime thriller over Texas Tech before another impressive 18-point road win at Oklahoma State. Baylor finally returned home last week and just edged West Virginia 17-14.

The Bears will look to pass the ball with junior quarterback Charlie Brewer leading the way. Brewer has thrown for 2,143 yards with 14 touchdowns and just three interceptions this year. Top receiver Denzel Mims is averaging 16.3 yards per reception catching 38 passes for 618 yards and six touchdowns.

Neither team has been consistent one way or another against the spread or with the total. TCU is 3-5 against the spread this year while Baylor is even at 4-4. Baylor has hit the over and under four times each this year while five of TCU’s games have gone over, while three have hit the under. But despite the trends, that total of 51.5 just seems too low. These are two teams in the top third of the FBS in scoring, and while Baylor’s defense is statistically elite, it is still allowing nearly 20 points per game, with more against the top offenses it has faced. 31-28 doesn’t seem unlikely at all in this one. Take the over.