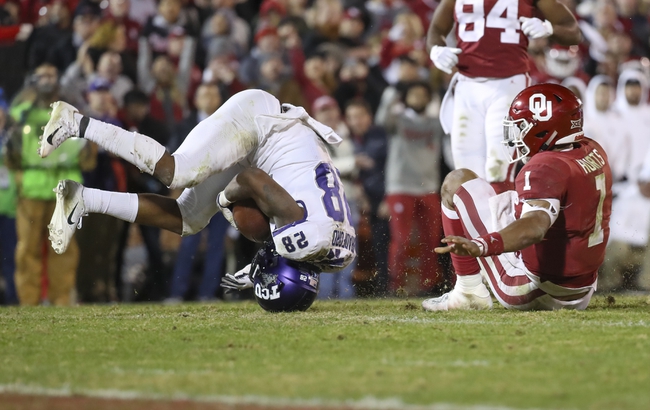 What a difficult season to decipher for West Virginia (4-7, 2-6). It can't be said that the Mountaineers (4-7, 2-6) haven't had the ability to stay on the field with good teams this season. They've beaten a ranked team on the road and come up one score short against two others. However, they sit second-to-last in the Big 12 and suffered a particularly embarrassing loss a couple weeks ago to Texas Tech. They got beat up 38-17 by the Red Raiders, who also have just four wins overall and two in league play.

Despite their struggles, the Mountaineers once again boast one of the better passing offenses in the FBS. Three receivers have logged more than 400 yards on the season. Freshman Sam James is the leader of the bunch and gives fans something to be excited about going forward. He has 663 yards on the season and has been a steady target, with at least five catches seven times this season.

If TCU could have found a way to win all of its losses this season that have come down to a touchdown or less, the Horned Frogs would be 10-1. Things haven't swung TCU's way in close games, however, and the Horned Frogs (5-6, 3-5) will be battling for a .500 record and bowl eligibility against the Mountaineers.

Senior running back Darius Anderson is having a nice season, with 792 yards and six touchdowns. He averages 5.6 yards per carry for the Horned Frogs.

The Mountaineers are a bad team on the season, which cannot be argued against. However, one thing that can be mentioned is West Virginia has been able to play decent on the year and has given a lot of opponents quite a scare. Look for that to be the case here as the competitive level of the Mountaineers helps out as they do not win, but prevent TCU from covering. Final Score Prediction, TCU Horned Frogs win, but do not cover 27-21.