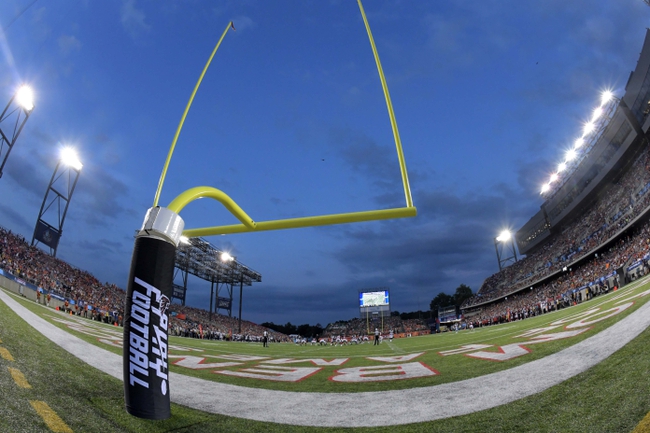 The University of Arkansas-Pine Bluff Golden Lions and the TCU Horned Frogs will match up in college football action on Saturday.

The Golden Lions are coming out of a disappointing campaign in 2018, where they finished just 2-9 overall and 1-5 in SWAC play for a last-place finish in the West Division.

This season, UAPB will try to gain some traction in the second season under head coach Cedric Thomas and offensive coordinator Jermaine Gales. Jonathan Bradley joins up with the Lions in his first year as defensive coordinator as well.

Over on the TCU side, they’re coming off a winning season in 2018 at 7-6 overall and 4-5 in Big 12 play. The Horned Frogs earned an invite to the Cheez-It Bowl, where they took a dramatic 10-7 overtime win over California.

This year, TCU returns veteran head coach Gary Patterson in his 19th season at the helm. He’ll be joined by offensive coordinators Sonny Cumbie and Curtis Luper, as well as Chad Glasgow on the defensive side.

Well, UAPB certainly has their work cut out for them this season. By most accounts, they should be basement-dwellers in the West Division once again, but even a few wins would mark a step forward and provide some semblance of progress.

TCU will likely be fighting things out in the middle of the pack in the Big 12, but they should have all the leverage they need for a convincing victory here. Still, the line is stupidly thick so I'm going UAPB.