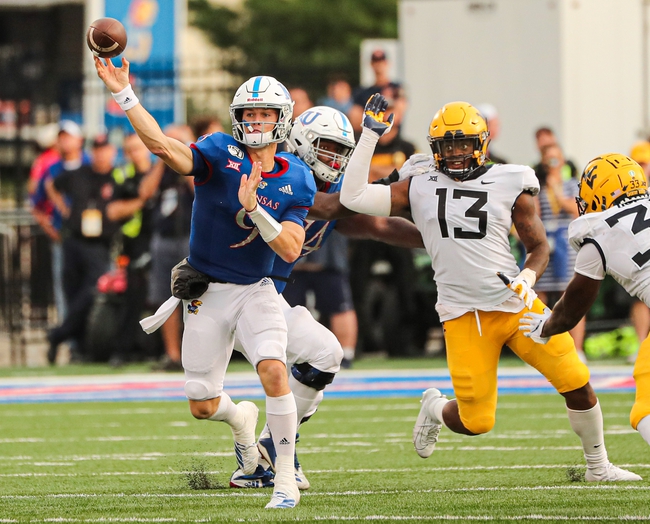 The Kansas Jayhawks and the TCU Horned Frogs will match up on the college football scene on Saturday.

Kansas comes into this one at 2-2 on the year. The Jayhawks have taken out Indiana State and Boston College so far but fallen to Coastal Carolina and West Virginia.

In the WVU loss, Kansas QB Carter Stanley logged 275 yards, three touchdowns and a pick, while Andrew Parchment got most of the receiving work on 132 yards and two touchdowns off five grabs.

Over on the TCU side, they’re 2-1 so far. The Frogs took out AR-Pine Bluff in the opener, then beat Purdue before falling to SMU last weekend.

In the loss, TCU quarterback Max Duggan had 188 yards and three touchdowns, with Dylan Thomas catching four balls for 70 yards. Darius Anderson had a great day on 161 yards rushing with two TDs as well.

Since scoring just seven points in the Coastal Carolina game, the Jayhawks offense has been better, with 48 and 24 points scored respectively. They’ve also allowed 24 and 29 points on the other side in that time, though.

They’ll have their hands full trying to deal with TCU, and there should be a ton of points scored here. Still, I think Kansas can eke into a cover.