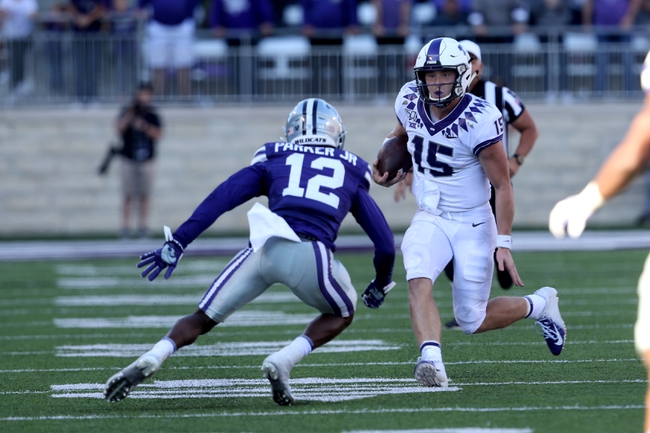 The Texas Longhorns are set to visit Amon G. Carter Stadium in Fort Worth, Texas for a Big 12 clash against the TCU Horned Frogs. The Texas Longhorns come into this matchup with a 5-2 record, and they will be looking to continue their success after winning their recent home game against the Kansas Jayhawks, 50-48. QB Sam Ehlinger had a big game for the Longhorns as he threw for 399 yards, 4 TDs, and 1 interception while adding in 91 rushing yards. WR Devin Duvernay was the top target for Ehlinger and Texas as he hauled in 8 catches for 110 yards and 2 TDs.

The Texas Longhorns struggled on the defensive side of the ball against the Kansas Jayhawks as they allowed them to score 48 points and rack up a total of 569 yards of offense. Senior DB Brandon Jones led the way for the Texas defense as he contributed 10 tackles. Sophomore DB Demarvion Overshown had a productive game from the secondary as he contributed 5 tackles, 2 TFL, 1 sack, and 1 pass deflection.

The TCU Horned Frogs come into this matchup with a 3-3 record, and they will be looking to rebound after dropping their recent road game against the Kansas State Wildcats, 24-17. QB Max Duggan was unable to get much offense generated through the air as he connected on 16 of his 29 pass attempts for 132 yards, but he ran for 115 yards and a TD. WR Jalen Reagor was the top target for Duggan and the Horned Frogs as he hauled in 8 catches for 85 yards.

The TCU Horned Frogs were solid on the defensive side of the ball against the Kansas State Wildcats as they held them to 24 points and a total of 266 yards of offense. Junior LB Garret Wallow led the way for the TCU defense as he contributed 8 tackles and half a TFL. DE Wyatt Harris and DT Ross Blacklock were able to get into the Kansas State backfield a handful of times as they combined for 4 TFL and 2 sacks.

The Texas Longhorns were able to escape being upset at home against the lowly Kansas Jayhawks, and they should be ready to redeem themselves with a respectable win on the road against their in-state rivals. The Longhorns have one of the best offenses in college football, and a huge reason for that is QB Sam Ehlinger as he has thrown for 21 TDs compared to 3 interceptions while also adding in 5 rushing TDs. Texas will look to make this game a shootout as their defense has been one of the worst in the country this season, but TCU doesn’t have the offense to keep pace as they are starting a freshman who doesn’t yet have the confidence through the air.