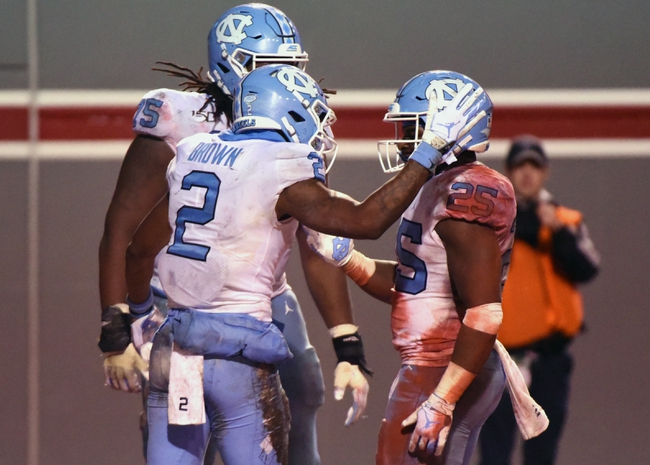 At the helm of the North Carolina offense is freshman Sam Howell who has been very impressive this season as a freshman throwing for over 3300 yards and 35 touchdowns which ranks 4th in the NCAA. Howell has only thrown 7 interceptions this season. Leading the Tarheel rushing attack is junior Michael Carter who has rushed for 919 yards and 3 touchdowns this season and backup Javonte Williams added 848 yards and 5 touchdowns on the ground.

Temple is led by junior quarterback Anthony Russo who has thrown for 2733 yards and 21 touchdowns but threw 11 interceptions this year. Leading the rushing attack is freshman Re’mahn Davis who has rushed for 900 yards and 7 touchdowns for the Owls and backup Jager Gardner has added 585 yards and 5 touchdowns.

North Carolina averages 31.2 points per game ranking 49th in the NCAA in points per game and allows 24.6 points which ranks 51st in the nation. A balance offensive and defensive attack in the ACC will have the Tarheels prepared to take on American conference opponent.

Temple averages only 27.4 points per game ranking 76th in the nation but allows only 23.5 which is good to rank 42nd in the NCAA. Despite being in the American conference, Temple was able to knock off ranked Memphis and beat the only ACC foe they faced this season, the Georgia Tech Golden Jackets.