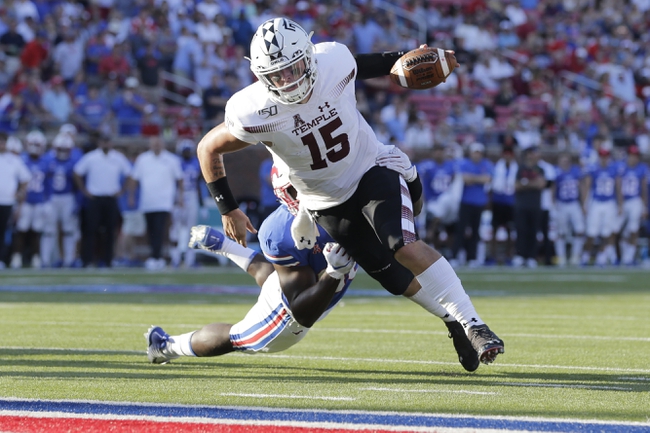 UCF heads into the game to face an upstart Temple team after picking up a win in their last game against East Carolina. The game was an impressive win, but the Knights defense was challenged in the game as the Knights allowed 28 points to be scored. The UCF offense put in 41 points, which is off their average of the season.

UCF has a defense that is giving up 21.7 points a game on the year so far. The offense has been led by Dillon Gabriel who has thrown the ball for 2000 yards with 17 touchdowns and only 5 picks on the season. Greg McCrae has rushed the ball for 401 yards and 6 touchdowns on 72 carries this season.

Temple has managed to bounce around the standings quite a bit this season. However, the Owls are a team that had an issue in their last outing when the Owl lost to SMU. The final score of the game against SMU ended up being a 45-21 loss, but it was a good game for Temple. The loss did drop the Owls record to a 5-2 mark on the season and left them sitting at 2-1 in the conference.

When it comes to playing defense the Owls have been decent giving up only 22.7 points per game. The offense has been led by Anthony Russo who has thrown the ball for 1674 yards and 14 touchdowns, but has been picked off 6 times. Re’Mahn Davis is the leading rusher for the Owls with 123 carries for 629 yards and 5 touchdowns on the year.

The Owls have been playing some tight games lately, but the SMU offense was able to control the game and dominated the game. With the Owls, though, the offense has had some issues against the better defenses as well and that will show up in this game here again as the Knights are able to bring home a decent win the game. Final Score Prediction, UCF Knight win, but do not cover 31-24.